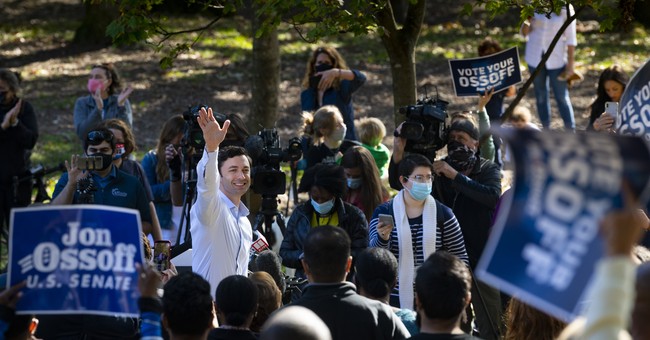 With less than one month until the high-stakes runoff election, Senator David Perdue’s campaign is doubling down on Jon Ossoff’s ties to the Chinese Communist Party (CCP). Ossoff profited off of a media entity owned in part by the Chinese government, and conveniently did not disclose those dealings in a timely manner.

The Senate hopeful insists that he has no ties to the communist regime, despite recorded evidence, but will not answer questions transparently. Ossoff eventually amended his financial disclosure statement after winning a contentious Democratic primary. He attributes his failure to disclose his ties to the CCP to a “paperwork oversight.”

In the fight for control of the Senate, Ossoff’s dealings with the Chinese government have gained national attention, and Republicans are justifiably asking questions. Ossoff repeatedly denies that he has anything to hide regarding his business history with China, but still will not afford voters transparency by candidly answering questions. When Perdue brought the physical receipts from the amended financial disclosure, which put Ossoff’s record with the CCP on display, he still claimed innocence.

Perdue pointed to the cases of Eric Swalwell and Hunter Biden, both of whom are reported to have been compromised by the CCP, and pushed for transparency from his opponent for the sake of national security.

“Jon Ossoff has had every opportunity to be forthright with the people of Georgia about his business dealings with the Chinese Communist Party -- but his shoddy explanations can only lead us to believe he's hiding the truth,” Senator Perdue said. “From Eric Swalwell to Hunter Biden, it's clear our foreign adversaries are working to penetrate our government by leveraging any relationship they can, and my China-bought opponent would provide them just another way to threaten our national security.”

The ad urges Georgia voters to “take a look” at Ossoff’s questionable ties to the CCP, and his egregious lack of transparency on his own business record. Watch the full ad below: