Sen. Perdue Brings The Receipts on Ossoff's Business Ties to The Chinese Government to Second Debate 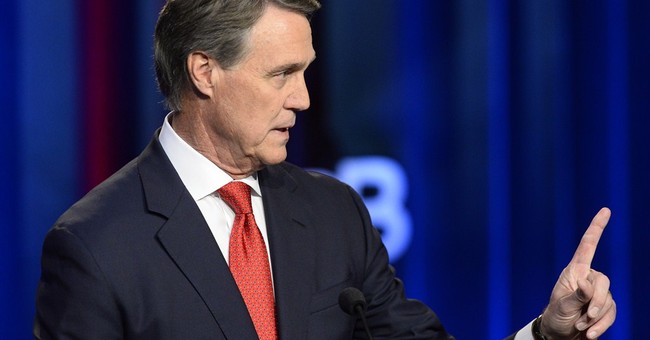 In the second general election debate between incumbent GOP Senator David Perdue (R-GA) and Jon Ossoff (D), the Democrat challenger failed to do his homework. When called out for his business ties to the Chinese Communist Party (CCP), Ossoff denied his film company’s relationship with PCCW, which is partially owned by the Chinese government. Ossoff’s business received at least $5,000 from the company affiliated with the CCP. Initially, Ossoff did not disclose this relationship, until after his contested Senate primary, as Sen. Perdue rightfully pointed out.

?? "Clearly China was responsible for this... But what we have to do is hold China accountable, and Jon Ossoff would not be the one to do that. In the last 2 years, he's been working for a company owned by the Communist Chinese government." - Senator Perdue #GApol #GAsen pic.twitter.com/jCrPBAy3Fe

Unlike Ossoff, Sen. Perdue brought the receipts. As the incumbent Senator showed voters during the debate, Ossoff’s own financial disclosures reveal his business ties to China.

Ossoff’s business relationship with a company associated with Chinese government, coupled with his denial of such ties, is more evidence of his habit of lying to voters as he hopes to win a seat in the Senate. Ossoff's continual avoidance of his own ties to China makes it clear that only one candidate in Georgia’s battleground Senate race, Sen. Perdue, has worked to hold the CCP accountable.