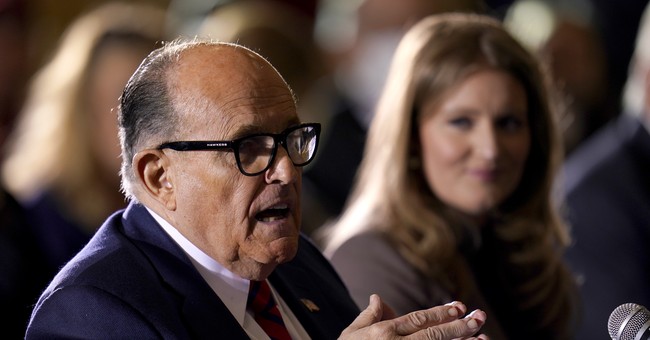 The Supreme Court delivered another loss to the Trump legal team on Tuesday afternoon. Justice Alito denied injunctive relief to a GOP-led court case seeking to overturn the presidential election results that were already certified in Pennsylvania. The president’s lawyers argued that the victory for Joe Biden was a false certification. There were no dissents in the high court’s decision.

BREAKING: #SCOTUS denies latest election challenge out of PA. This was attempt to stop PA from certifying election results. pic.twitter.com/KVAeuXT2lJ

The Pennsylvania Department of State and Governor Tom Wolf already certified the results in favor of Biden in late November. Biden won the state by over 80,000 votes. The Trump campaign had hoped for a victory from the Supreme Court regarding Pennsylvania's election results.

Separately, the state of Texas filed a lawsuit against a handful of battleground states, including Pennsylvania, alleging unconstitutional changes to election procedure.

“Trust in the integrity of our election processes is sacrosanct and binds our citizenry and the States in this Union together. Georgia, Michigan, Pennsylvania and Wisconsin destroyed that trust and compromised the security and integrity of the 2020 election. The states violated statutes enacted by their duly elected legislatures, thereby violating the Constitution. By ignoring both state and federal law, these states have not only tainted the integrity of their own citizens’ vote, but of Texas and every other state that held lawful elections,” Texas Attorney General Paxton said in a release. “Their failure to abide by the rule of law casts a dark shadow of doubt over the outcome of the entire election. We now ask that the Supreme Court step in to correct this egregious error.”

The legal fight over the general election continues.