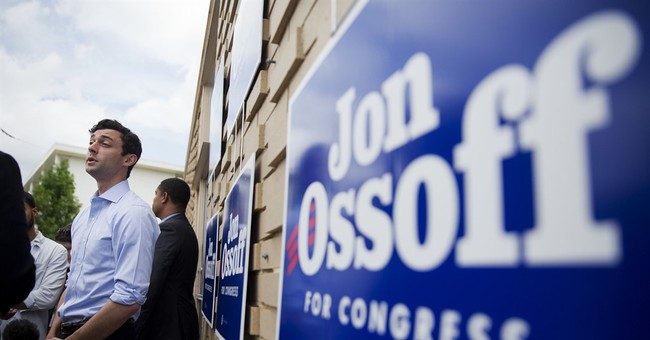 Activists from California and other blue states are preparing to descend on Georgia as national Democrats wage a full-fledged effort to unseat incumbent GOP Sens. David Perdue and Kelly Loeffler in their runoff elections that will occur in January. Some activists even went as far as to pledge to relocate to, and vote in, Georgia for Jon Ossoff and Raphael Warnock in the pair of runoffs, despite clear legal boundaries.

The San Francisco Chronicle published a detailed piece yesterday revealing the efforts by California Democrats to have a say in Georgia’s runoff elections:

California Democrats are peppering political organizers with questions about how to travel to Georgia to volunteer for Democrat Jon Ossoff in his race against Republican Sen. David Perdue and for the Rev. Raphael Warnock in his contest against GOP Sen. Kelly Loeffler. Both seats went to a Jan. 5 runoff when no candidate won a majority in this month’s elections.

Even more, a reporter for the Washington Post shared a viral video on Tuesday of an out-of-state activist grossly mocking Georgia voters, as Sens. Perdue and Loeffler both highlighted:

This is how out-of-state California elites view the people of Georgia. It’s offensive, it’s pathetic, & it won’t work.

Their dangerous agenda turned CA into a failed state. @KLoeffler and I won't let that happen in Georgia!https://t.co/QIELFpREP4 #GAsen #gapol https://t.co/QQ6DXWAyB8

GEORGIA — @ReverendWarnock & @ossoff are raising MILLIONS from out of state liberals to transform America & put Chuck Schumer in charge of the Senate.

And here’s what their California supporters think of you.

National Republican Senatorial Committee (NRSC) spokesperson Paige Lindgren said that the activists from deep blue states are trying to "impose their agenda" on voters in Georgia:

"Voter fraud concerns aside, it's incredibly problematic that left-wing national Democrats believe they can toss aside Georgia's values, flood the state and attempt to impose their agenda on others. Their beliefs and agenda are completely different from Georgia residents and they should not have a voice, much less a legal vote, in the Georgia runoffs."

Led by Senate Minority Leader Chuck Schumer (D-NY) in his quest to win Georgia's pair of runoff elections in order to "change America," Democrats are willing to go to great lengths to unseat Sens. Perdue and Loeffler, in order to take control of the Senate.