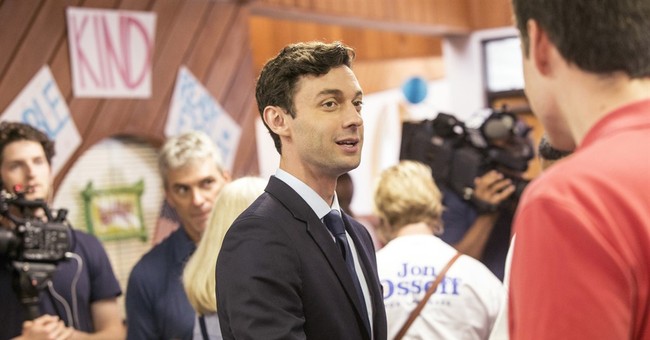 Federal Election Commission (FEC) filings show that Georgia Democrat and Senate candidate Jon Ossoff fundraised with disgraced fellow Senate hopeful, Cal Cunningham. Democrats’ Senate nominee in North Carolina is embattled by an adulterous sex scandal that has plagued his candidacy with less than one month until the general election.

The FEC reports show Joint Fundraising Accounts, Blue Senate 2020 and Justice 2020, that raised significant amounts of money for both Cunningham and Ossoff. No Senate candidates in battleground races, including Ossoff, have yet to weigh in on Cunningham’s extramarital romantic engagements.

The third-quarter filings also show that Ossoff is still benefiting overwhelmingly from out-of-state donations, as well as indirect corporate contributions. Eighty-seven percent of his donations from his quarter came from states other than Georgia, with 47 percent coming from California, New York and the D.C. area. Just 12 percent of his third-quarter contributions came from Georgia donors. The majority of Ossoff’s campaign has been bankrolled by out-of-state benefactors.

"Given his radical socialist agenda, it's no surprise that Jon Ossoff has so much appeal to liberal California billionaires and so little support from the people of Georgia," Perdue for Senate Communications Director John Burke said. "This further shows that Ossoff is hopelessly out of touch with Georgia families and would be nothing more than a rubber stamp for the far left if elected. Senator Perdue is proud to stand for the people of this state, not for the radical socialists from California who are bankrolling Ossoff's candidacy."

Keeping consistent with his hypocritical campaign, the filings show Ossoff greatly benefiting from Leadership PACs, which allow candidates to indirectly receive corporate contributions. In the third quarter, Ossoff received over $50,000 from a host of different Leadership PACs. Despite benefiting from corporate-funded donations indirectly, Ossoff has built much of his campaign around an “anti-big money” sentiment, as so many Democrats do.

The race between Ossoff and incumbent GOP Sen. David Perdue is a nationally watched contest on November’s Senate map, as the Democrat challenger hopes to be seated in the upper chamber after losing an embarrassingly expensive congressional race in 2017. Cook Political Report rates the race as a toss-up, but Sen. Perdue leads in polling averages.