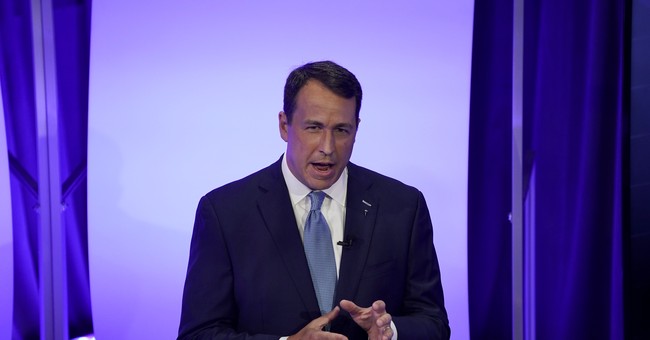 North Carolina Democrat Cal Cunningham held his scheduled first media appearance since his extramarital affairs became a national spectacle. His campaign allowed North Carolina reporters to ask the Senate hopeful questions, though Cunningham hoped that the press conference would be focused on holding incumbent GOP Sen. Thom Tillis “accountable,” as a deflection from his own self-inflicted scandal.

On four different instances during his short press conference, Cunningham avoided answering a straightforward question asking him whether or not there are other adulterous affairs that could become public knowledge.

??VIDEO??: The 4 questions Cunningham dodged about whether there are other women he’s had affairs with...

Get used to this for the next 25 days, Cal! pic.twitter.com/Kz9pHp55HM

Cunningham insists that his extramarital romances are “personal” and therefore not relevant to his campaign. He is currently under investigation for a potential violation of the Uniform Code of Military Justice, given his military rank. Cunningham will not address his wrongdoings head-on, even while building his campaign on a platform of “integrity," "character" and "truth."

Fox News already covering Cal Cunningham's repeated refusals to address whether there are more women with whom he's had an affair.@kilmeade: “He's in trouble with the military, too."@DanaPerino: “Well, he's running on character."

North Carolina laws prohibit Cunningham from exiting the race this close to the election, and voters deserve transparency from a candidate seeking a seat in the United States Senate. Make no mistake, if a Republican male candidate seeking a Senate seat was found to be guilty of multiple offenses of marital infidelity, the Left would demand he address the affairs with the voters he hopes to represent.