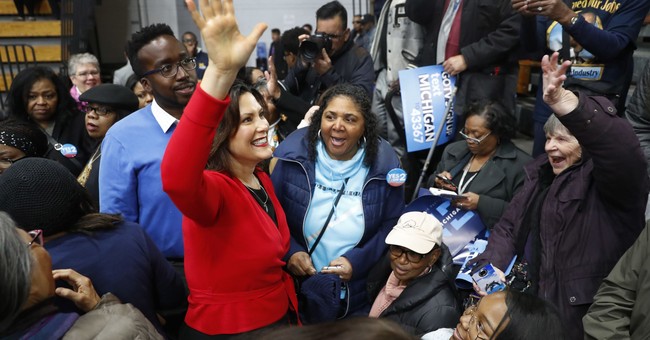 Michigan Governor Gretchen Whitmer (D) became the center of the national spotlight at the beginning of COVID-19, as she mandated a strict shelter-in-place order which many critics, even some Democrats, say is an overreach. Gov. Whitmer received criticism from constituents when Michigan’s unemployment portal crashed, leaving unemployed workers unable to apply for government benefits. Most recently, Gov. Whitmer was caught giving a government data contract, to assist with COVID-19 tracking data, to a high-profile Democratic consulting firm. Despite the backlash for Gov. Whitmer’s questionable actions, she stands firm behind her order, and promised to veto any bill put forth by the GOP state legislature that would limit the power of the governor in any way.

A GOP research group has worked to hold Gov. Whitmer accountable for her overreach, as Michigan residents suffer economic distress while their chief executive hopes to be tapped as Joe Biden’s vice presidential nominee. As Michigan Rising Action points out, Gov. Whitmer has given 40 interviews on the national news circuit since the beginning of March, putting governance on the back burner:

Gov. Whitmer insisted just last week that people “not get overly political,” despite spending a substantial amount of time campaigning for Joe Biden as she hopes to be selected as his running mate, as Michigan Rising Action argues:

"Whitmer's politicking comes at the expense of finding solutions for the growing health and economic problems caused by the coronavirus pandemic. We're encouraging everyone to sign our petition telling Gov. Whitmer that despite what she thinks, politics isn't everything right now,” the group’s executive director, Tori Sachs, said in a release.

There is certainly room for debate over whether Gov. Whitmer’s order is an overreach or not, but it is abundantly clear that her future political prospects are taking priority over the governing job that Michiganders elected her to do.