Country Music Comes Together in Wake of Las Vegas Massacre 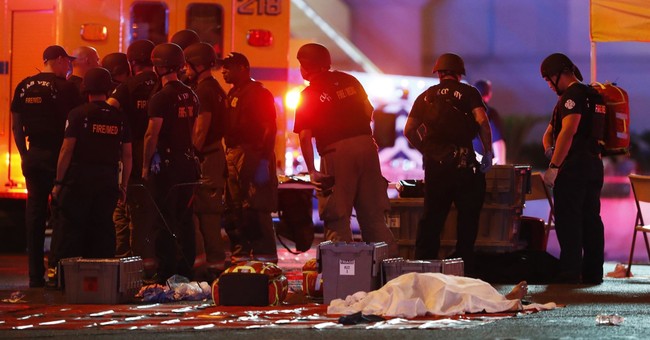 The Las Vegas massacre that took more than 50 lives and injured more than 500 people during the Route 91 Harvest country music festival has left Las Vegas, the country music community, and the nation in mourning. The horrific attack is now the largest mass shooting in America's history.

Country stars took to Twitter to pray for the victims and their families, unite the nation, and denounce the senseless act of violence and hate.

Praying for everyone here in Vegas. I witnessed the most unimaginable event tonight. We are okay. Others arent. Please pray.

Woke up to such horrible news. We are praying for the victims and their families. May the Lord bring some comfort to them.

We are devastated by the news from Las Vegas this morning. Our hearts and prayers are with everyone affected by this tragedy. Our fans are our family - we love you all. pic.twitter.com/k0CiL1THlu

Last night the music community was shaken to its core by a senseless, tragic event. We grieve for the victims and all those affected. pic.twitter.com/wivKQVxBqn

One year ago we played Route 91 on Sunday night. Our prayers are with all the first responders, artists, crew and mostly the country fans. pic.twitter.com/CTGg7Qm6MJ

Devastating news about Vegas. We were not there but these were our friends & fans under attack. Spread love love love - it is much needed.

Heartbroken over the news of Vegas. My thoughts with all the innocent victims and their families x

Devastated over the loss of precious people in Las Vegas. Speechless over this calculated evil and complete disregard for human life...1/2

Words can't begin explain my sadness. My family and I are praying for the victims of this tragedy. Truly heartbroken.

God be with the music lovers and the music makers in Vegas last night. Take time to pray. -T

I love country music, our fans, and our industry. We are a family. And we are hurting together… https://t.co/fnWRN1HFMn

Stilled and speechless... Our hearts and prayers are with everyone involved and affected. - KU

Love and prayers being sent to everyone in Vegas.

Played Route 91 in Vegas the night before last. We were all singing. I'm in shock over this. Heartbroken for all those lives taken too soon.

Other country stars and the nation continue to pour out their love and support for the victims and their families. The nation is grateful for those first responders and concertgoers who risked and gave their lives to save the lives of others.