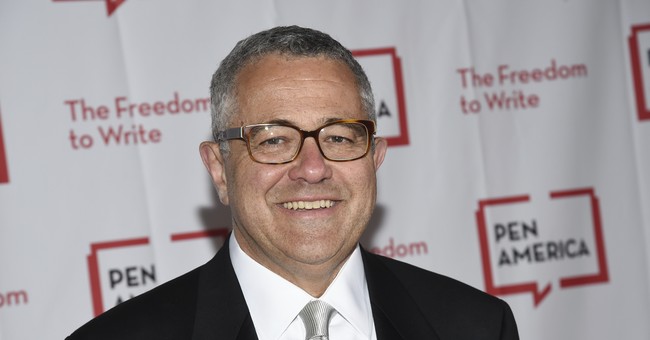 Remember Jeffrey Toobin? He’s CNN's top legal analyst. He’s been AWOL recently but has emerged from the bunker to explain his absence. To refresh all your memories, Mr. Toobin was caught on a Zoom call masturbating. It was with staffers on The New Yorker. It wasn’t intentional. The CNN contributor thought the camera was off. This public relations fiasco occurred in October of 2020, which led to him being kept off the air at the anti-Trump network. The New Yorker decided to fire him, however. He recently spoke with host Alisyn Camerota and was asked how this could happen given his extensive history covering sex scandals.

He said, “because I didn't have better judgment. Because I'm a flawed human being who makes mistakes.” He added that he’s privileged that CNN didn’t fire him, allowing him to rebuild his life hopefully with his pants on this go-around.

#BREAKING: Jeffrey Toobin RETURNS to CNN and will continue as their chief legal analyst despite having masturbated on a Zoom call. Speaking to Alisyn Camerota, he explains that he "wasn't thinking very well or very much, and it was something that was inexplicable to me." pic.twitter.com/898T7lbebH

Jeffrey Toobin on whether he's spoken to those who were on the Zoom call: "They were shocked and appalled. I think they realized that this was not intended for them."

Despite NOT losing his job at CNN, he says he's "privileged" that he will be able to "rebuild" his life. pic.twitter.com/kYmou4uVAH

Alisyn Camerota asks Toobin why he didn't "have better judgment" after having covered the stories of Bill Clinton, Eliot Spitzer, Donald Trump, and Anthony Weiner and Toobin's reply?

"Because I didn't have better judgment. Because I'm a flawed human being who makes mistakes." pic.twitter.com/OVJQGRXScA

This interview was already weird as ever, but it got weirder when Camerota asked Toobin whether there will be any new "surprises."

With a chuckle, Toobin says "[t]here are no surprises" out there, adding he's "incredibly grateful to CNN for taking me back" pic.twitter.com/MRoWIunh2g

Is he seriously the only lawyer they can find? https://t.co/0RmNVFdN9t

Curtis Houck and the crew at Newsbusters clipped the segment. When asked if he reached out to the New Yorker staffers who witnessed his episode of self-gratification, he said, “They were shocked and appalled. I think they realized that this was not intended for them.”