How Would Kamala Harris Even Know If There's 'Progress' at the Border? 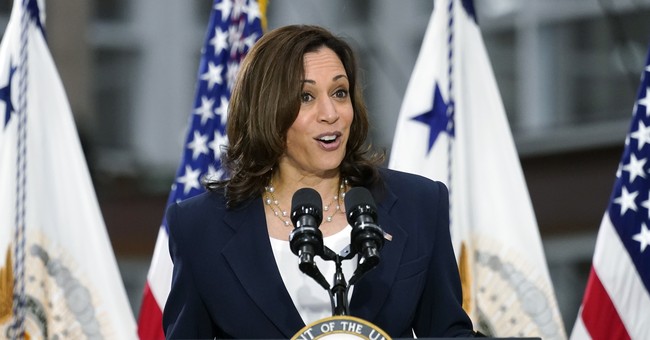 Vice President Kamala Harris was tapped by Joe Biden to quarterback the border crisis. She’s the go-to gal, right? I mean, that may be the case on paper, but she’s AWOL.

Has she ever been to the border? Well, she was asked about that and deployed countermeasures. You see, when you ask a Democrat if they’re going to do a job, they’ve been tasked by the commander-in-chief to do—that’s playing political games or something.

Over the weekend, Harris said progress is being made. Oh, but the caveat is that we won’t see the results overnight. Nice pivot.

I’ll refer all of you to Julio Rosas’ coverage because he’s been to the border, unlike Kammy, and it’s a total mess.

Border apprehensions were through the roof. Biden’s concentration camps are filled to the brim. It’s a nightmare. It’s a national crisis, and this White House simply doesn’t get it. They’re more concerned about the language used to describe these detained illegals in media reports than actually solving the crisis. It’s the typical Obama playbook; change the words and then there’s no crisis. Democrats are hooked on taking hits from the linguistic crack pipe in order to push crises under the rug.