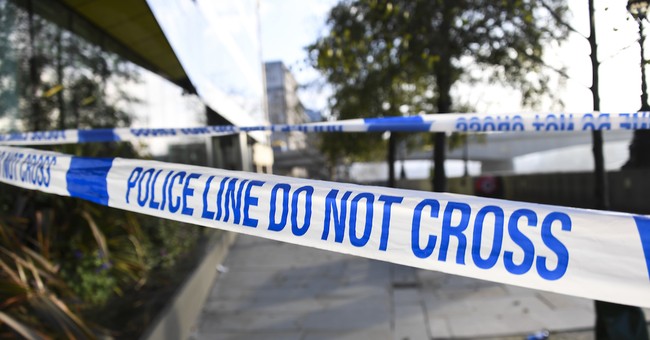 Ok, this may not be the thing to say on the holiest day for Christians, but I haven’t been to church in ages. I was raised Catholic. I have no issues being raised Catholic. In fact, I’m proud to have been raised as such, but faith is just a quality that never stuck with me as I grew older. It’s just not my thing. For the billions of Christians, it is a deep part of their lives. I respect that immensely. I’ve always said faith-based groups do more to help the downtrodden than any government program, especially in the urban areas. And it does deeply disturb me when the police barge into a church and declare Good Friday mass is canceled because due to COVID restrictions. This happened at a Polish Catholic Church in south London this week (via The Guardian):

A Good Friday service in south London was broken up by police over apparent breaches of Covid-19 regulations.

The video shows an officer telling the congregation that they could be fined £200 or arrested for the potential rule-breaking. He said: “This gathering is unfortunately unlawful under the coronavirus regulations we have currently. I suggest, ladies and gentlemen, that though it is Good Friday, and I appreciate you would like to worship, that this gathering is unlawful, so please may you leave the building now. Thank you.”

A statement posted on the church’s website on Saturday said that they complied with the order to close the service and for people to go home, but insisted it had met all government requirements. It claimed the Met officers had misunderstood regulations on church services during the pandemic.

They said: “We believe, however, that the police brutally exceeded their powers by issuing their warrant for no good reason.”

They added that they had been in touch with the Polish Catholic Mission of England and Wales and the police about the incident and were waiting for a more detailed explanation.

“I appreciate that it is Good Friday, and you’d like to worship, but this gathering is unlawful” pic.twitter.com/cEVuZamVdi

Find me a scene that better expresses the worst aspects of modern Britain that a policeman traipsing onto the Sanctuary on the most solemn day of the Christian year threatening people with fines for going to church a day after zero COVID deaths were reported in London.

This is getting out of control. And the sick part is that the over here, the pro-Anthony Fauci followers get off on this sort of stuff, especially the political class. While this incident is beyond absurd especially since there were zero COVID deaths reported in the city around this time—it’s just a taste of the nightmare that is to come if we allow this COVID passport idea to take root.

Recommended
Did Police Avoid Entering Texas School Because They Might Get Shot?
Matt Vespa
Share this on Facebook
Tweet
Don't Expect Baby Formula Shortage to End Anytime Soon
Sarah Arnold
Maybe the San Francisco School District Hasn't Learned Its Lesson After All When It Comes To Priorities
Rebecca Downs