While Dr. Seuss' People Caved to the Unhinged Left, Jeep Ran Them Over 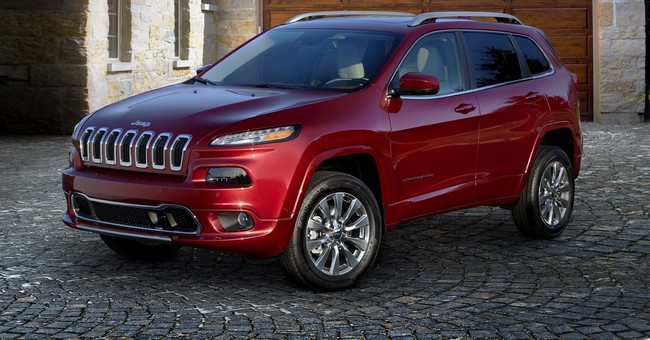 Well, amid the Left’s campaign to rename stuff, tear down monuments, and erase history in an effort to educate us more about diversity, which is madness, some companies have actually withstood the onslaught. Well, maybe I should rephrase that: they’ve withstood it…for now. Jeep was targeted by Native American groups to rename its Cherokee line, which is the flagship of the company:

“I think we’re in a day and age in this country where it’s time for both corporations and team sports to retire the use of Native American names, images and mascots from their products, team jerseys and sports in general, Chuck Hoskin Jr., principal chief of the Cherokee Nation, told Car and Driver.

You’d think with Mr. Potato Head being a victim of the woke mob and Dr. Seuss Enterprises no longer publishing books because snowflakes got offended by imaginary characters, that this car manufacturer would cave. They’re not. They ran them over (via NYT):

The Cherokee Nation has asked Jeep to stop using the tribe’s name on its vehicles.

“We’re living in a time where people are thinking a bit more about the impact of imagery and names,” Chuck Hoskin Jr., the Cherokee Nation’s principal chief, said.https://t.co/QyZ4TjqDQY

The Cherokee Nation, for the first time, has asked Jeep to change the name of its Grand Cherokee vehicle, a move that the carmaker, preparing to release the next generation of the line, has so far resisted.

Stellantis, the carmaker that owns Jeep, defended its use of the name. “Our vehicle names have been carefully chosen and nurtured over the years to honor and celebrate Native American people for their nobility, prowess and pride,” the company said in a statement on Wednesday. “We are, more than ever, committed to a respectful and open dialogue with Cherokee Nation Principal Chief Chuck Hoskin Jr.”

Jeep introduced its Cherokee sport utility vehicle in 1974. After the car was retired in the early 2000s, Jeep revived it in 2014. Since that time, the Grand Cherokee has become one of Jeep’s most popular models, with more than 200,000 sold last year. Stellantis formed this year from the merger of Fiat Chrysler and Peugeot, which included Jeep in their portfolio of brands.

Companies have long used Native American names and images as marketing tools, and for many years, the Cherokee Nation did not express an opinion on Jeep’s use of its name. But the tribe’s request comes as U.S. cities, companies and sports teams are — in response to the nationwide protests after the killing of George Floyd by the Minneapolis police last year — removing or reconsidering statues, flags, symbols, names and mascots that depict Confederate leaders or other historical figures, or that use Native American imagery and names.

Matt Vespa
Boehner Sent a Copy of His Book to Ted Cruz. Here's Where He Put It
Rebecca Downs
You Can ALWAYS Count on Mitt Romney to Do the Wrong Thing...ALWAYS.
Matt Vespa
CARTOONS | Tom Stiglich
View Cartoon
Most Popular