Why the Political Correctness Mob Is Coming After Jeep 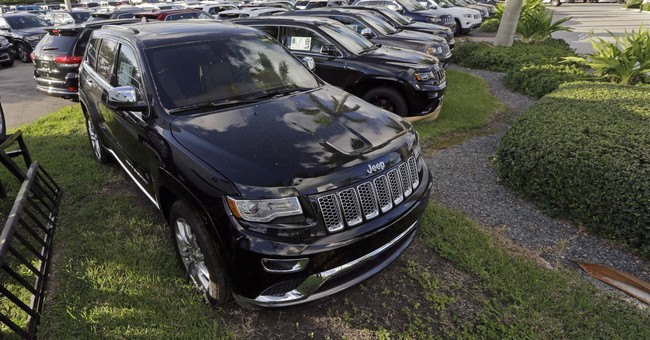 This has nothing to do with Bruce Springsteen. I just wanted to get that out of the way. The Boss generated controversy with his Super Bowl commercial because…everyone seemed to hate it. Days later, he was arrested for driving under the influence causing Jeep to pull the ad altogether. No, it’s not that.

Jeep is now dodging tomahawks from Native American groups because they make this car called the ‘Cherokee.’ Maybe you’ve heard of it (sarc), but if you’re an owner of one—you’re a terrible racist or something. Okay, maybe not that far, but one of the flagship designs for Jeep is being asked to cease all production of its Cherokee line or at least change its name (via The Hill):

Jeep has sold SUVs under the Cherokee name for decades, with the Jeep Grand Cherokee currently the brand’s bestselling model and the Jeep Cherokee its third bestseller. The original Jeep Cherokee was first introduced in 1974.

But now as some companies and sports teams have recently stopped using names and logos depicting ethnic stereotypes and caricatures, the principal chief of the Cherokee Nation said it’s time for Jeep to part ways with the tribe’s name.

“I think we’re in a day and age in this country where it’s time for both corporations and team sports to retire the use of Native American names, images and mascots from their products, team jerseys and sports in general, Chuck Hoskin Jr., principal chief of the Cherokee Nation, told Car and Driver.

“I’m sure this comes from a place that is well-intended, but it does not honor us by having our name plastered on the side of a car,” he said.

Oh, just stop. This is getting embarrassing. The political correctness stuff has long careened off the cliff. Jeep shouldn’t change it. Jeep should not cave but watch them do so. This is like me complaining about Panda Express. Maybe I could be offended since it is offensive that they dole out food court quality Chinese food, but I pick and choose my battles. Also, I don’t care. I’d rather have Americanized-food court Chinese food geared towards white people than eat dogs, right?

If people just stood their ground, this nonsense wouldn’t have become this cancer. It all started with the sports teams. They were the first line of defense—and they failed us all.