Did We Forget This Detail About the Democrats' Star Witness for Today’s Coronavirus Response Hearing? 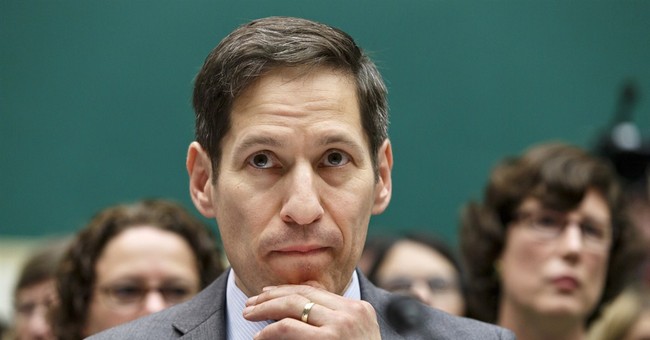 Well, today is where House Democrats are probably going to hammer the Trump administration for having a response to this Wuhan coronavirus outbreak that is just as bad or worse than China’s handling of the pandemic that they caused. It will be political theater. It will be grounded in nonsensical partisanship. And yes, President Trump should yank his top coronavirus taskforce officials from these circus acts. The president made his disdain for House Democrats known and as the reason for why Dr. Anthony Fauci was yanked from today’s hearing (via the Hill):

House Democrats are growing frustrated in their efforts to oversee the federal government's response to the coronavirus pandemic, as President Trump said Tuesday that he’s blocking officials from testifying in the lower chamber because he doesn’t want them taking questions from “a bunch of Trump haters.”

Trump’s blunt reasoning for refusing to cooperate with congressional oversight handled by members of the opposition party marked a shift from the explanation offered by the White House a day earlier, that officials tasked with coronavirus response were too busy to accommodate every request to testify before congressional committees.

A House Appropriations subcommittee had sought testimony from Anthony Fauci, the nation’s top infectious diseases expert, about the federal government’s handling of the coronavirus response. But the White House blocked Fauci from testifying at a hearing scheduled for Wednesday, instead saying that he will testify next week before the GOP-controlled Senate Health, Education, Labor and Pensions Committee.

Trump made clear on Tuesday that his administration is deliberately choosing which committees can hear from top officials based on which party is in charge. Senate Democrats will still be able to ask pointed questions at committee hearings, but the proceedings will be managed by Republicans.

So, who do Democrats have lined up? Well, Dr. Tom Freiden, former Director of the Centers for Disease Control and Prevention, who also pleaded guilty in a sexual abuse case back in June of 2019. Yes, Sean Davis, co-founder of The Federalist, aptly noted this. It is not shocking that the Me Too sisterhood is cast aside if it means taking a swipe at Trump (via ABC News):

I'll testify tomorrow before House Appropriations's Labor-HHS-Education Subcommittee as part of the first hearing on #COVID19 since Congress departed. Looking forward to sharing a forward-looking perspective and unveiling a new way to protect Americans. https://t.co/QAilJ7YtI4

This is who House Democrats have invited as their star witness for tomorrow's big hearing on the Trump administration's response to the Wuhan coronavirus. https://t.co/hU3k6WhdTz

Former director of the Centers for Disease Control and Prevention Tom Frieden avoided jail time on Tuesday after pleading guilty to groping a longtime family friend in New York.

Frieden, who is also the former New York City health comissioner, turned himself in to police in August 2018 after the woman reported that he had grabbed her butt without her permission inside his Brooklyn apartment, court documents said.

By pleading guilty, Frieden wasn't required to explain what happened during the October 2017 incident to Brooklyn Criminal Court Judge Edwin Novillo. Frieden was facing up to a year in jail for misdemeanor forcible touching, third-degree sexual abuse and second-degree harassment charges, prosecutors said.

Oh yes, the Democrats sure know how to pick ‘em, huh?