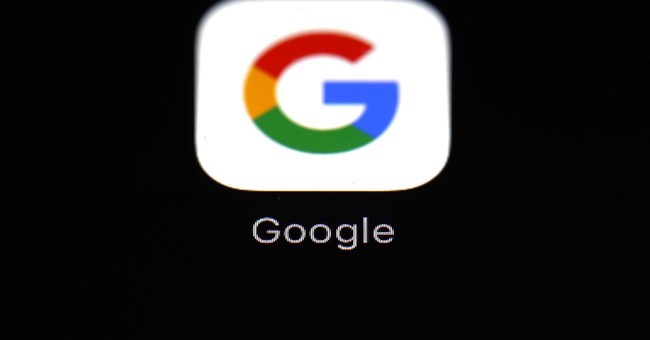 The Wuhan Coronavirus outbreak has infected more than 270,000 Americans and killed over 7,000. It’s a serious disease. It’s highly contagious. And not everyone gets sick. That’s the dangerous part. Some people may have mild symptoms or be asymptomatic, which can lead to hordes of people being exposed. Hence, the social distancing protocols that have been established. The elderly and immunocompromised are the at-risk slice of the population who are very susceptible to death if they contract this disease. Young people can still get sick and die from the virus as well. No one is immune. Almost 80 percent of the country, maybe more now, is under stay-at-home orders ranging from two weeks to a month. In Virginia, the order is in effect until June 10.

Google has developed a new tool to help track those under such order. Yes, if you use Google in any way, including Google Maps, of course, they have your number (via ABC News):

Google launching tool that will publicly track people's movements, allowing health officials to check whether their communities are abiding by social-distancing measures. https://t.co/95vdfXI4gm

Google is launching a tool that will publicly track people's movements amid the coronavirus pandemic, allowing health officials to check whether their communities are abiding by social-distancing measures.

The California-based tech giant says it will publish and regularly update the "community mobility reports," which are broken down by location and display the change in visits to public places such as grocery stores and parks. The tool, announced by the company late Thursday, uses "aggregated, anonymized sets of data" that Google has collected on users, including through Google Maps.

Google says the reports "were developed to be helpful while adhering to our stringent privacy protocols and protecting people's privacy."

"No personally identifiable information, such as an individual's location, contacts or movement, will be made available at any point," the company says.

Sound a little creepy? Well, for those in the American Civil Liberties Union, who at times get it right, and others worried about their rights being infringed upon, you might be in the minority. New polling shows that a supermajority of Americans is quite alright with intrusive measures to combat the spread of this virus (via WSJ):

A new survey finds widespread public support for aggressive measures like government cellphone tracking and mandatory health screenings in public places to curb the spread of coronavirus, which has infected more than 180,000 Americans.

The new results from Harris Poll show that support for such policies—even when they might affect privacy and civil liberties—crosses a spectrum of demographic and ideological lines, suggesting that policy makers have significant latitude from the public in crafting emergency responses to combat the virus.

The Harris survey, which was conducted online between March 28-30, reveals that 60% of adults back giving government officials access to anonymized cellphone location data to establish whether Americans are complying with social-distancing instructions.

The poll also finds that 71% of Americans would be willing to share their own mobile location data with authorities to receive alerts about their potential exposure to the virus—for example, if they were near a suspected or known coronavirus carrier.

In addition, 65% support a public registry that would show if their neighbors were diagnosed with the virus and 84% are in favor of mandatory health screenings to enter public places like beaches and airports. Another 77% back a mandate that businesses hosting events like concerts or conferences conduct health screenings.

Support for such measures broadly crosses partisan lines. Sixty-one percent of self-identified Republicans and 64% of Democrats are in favor of giving officials anonymized location data.

What say you? This is not a crazy debate. For now, it would seem the vast majority of Americans are totally fine with giving Big Brother more access to their lives.