Does the NFL Have Its Own Jussie Smollett in Myles Garrett? 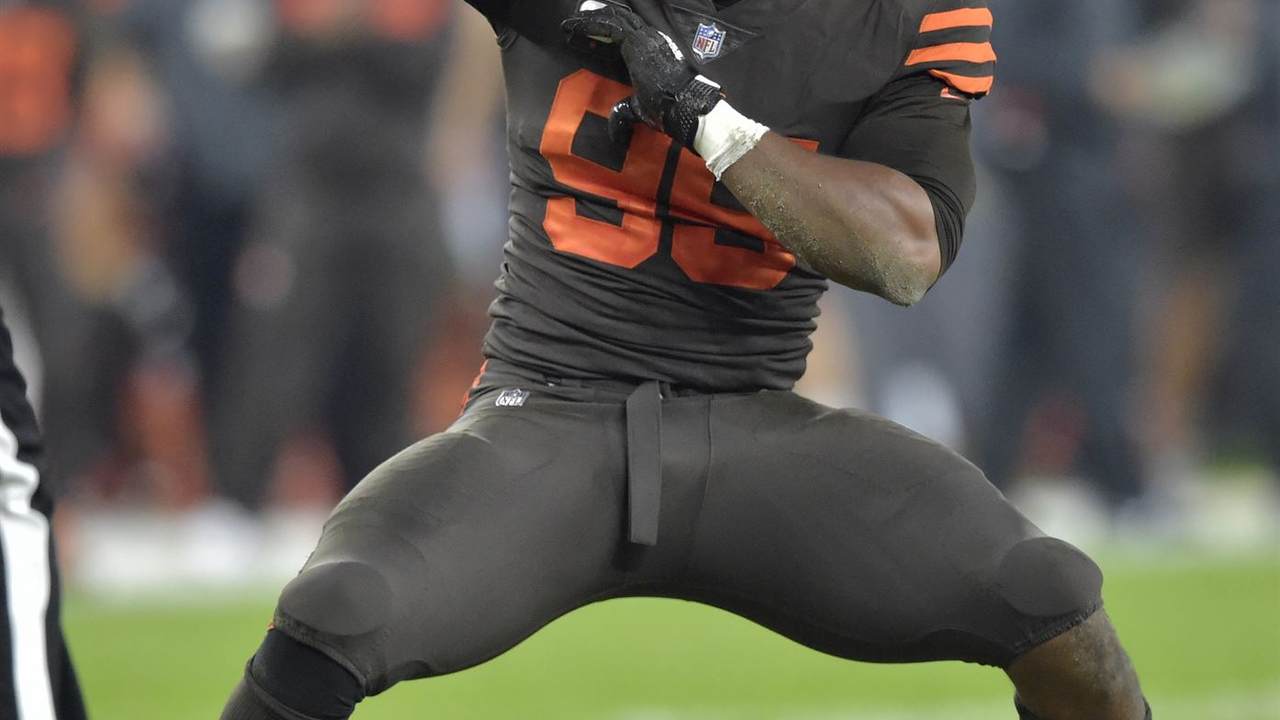 It was total mayhem at FirstEnergy Stadium on November 14. Myles Garett, defensive end for the Cleveland Browns, got into a tussle with Pittsburgh Steelers quarterback Mason Rudolph and all hell broke loose. Garrett ripped off Rudolph’s helmet and hit him with it. It was nasty. It was unnecessary, and now Garrett is suspended indefinitely. Rudolph may be fined as well, along with some members of the Steelers’ offensive line (via NYT):

The N.F.L. fined Rudolph $50,000…. for his involvement in the melee that began when Browns defensive end Myles Garrett pulled off Rudolph’s helmet and hit him on the head with it.

Rudolph avoided suspension for his actions — he tried to remove Garrett’s helmet then charged him before being hit. But he was one of the 33 players fined for their involvement in the altercation. The league penalized 29 players $3,507 apiece for “entering the fight area.”

The N.F.L. assessed more than $700,000 in disciplinary penalties stemming from the fight in the final seconds of Cleveland’s 21-7 win over Pittsburgh last week. There was another $77,206 levied on players for personal fouls earlier in the game.

The league also fined the Steelers and Browns $250,000 each. The A.F.C. North rivals play again Dec. 1 in Pittsburgh.

Browns defensive tackle Larry Ogunjobi was suspended for Sunday’s game against the Miami Dolphins for shoving Rudolph to the ground. Thrash upheld Ogunjobi’s suspension but rescinded his $10,527 fine.

Baker Mayfield incredibly professional after the game on the Myles Garrett vs. Mason Rudolph incident.

Steelers-Browns is a rivalry—no doubt. But the Browns were going to win 21-7, with less than 14 seconds left in the game. It killed what could have been a solid win for a struggling team loaded with talent that has thus far been a disappointment. Instead, one of their top defensive players is gone for the year, and the brawl only added more to the storyline about how the Browns locker room is a total mess with a rookie head coach, Freddie Kitchens, seemingly unable to get a handle on the many, many personalities on his football team. The Browns are one of the most undisciplined and most penalized football teams in the league. It all became about that instead of a team that might be righting the ship and making a run for the postseason. They’re still “in the hunt.”

After last night, Browns now have been penalized 87 times this season, their most through 10 games since 1978. They’ve also racked up four ejections this season, the most in the NFL, including three on Thursday and Greg Robinson in Week 1 for kicking a Titans player.

So, what caused the brawl? It simply looked like Garrett lost his cool and swung what is arguably a weapon in this situation, at Rudolph. And yes, the top of the helmet, which has the most protection, has the ability to kill someone. There were some overreactions to this like Garrett should be arrested for assault and battery, etc., but a week after the fight, we have a new development. Rudolph allegedly hurled a racial epithet at Garrett. The timing is suspect. Why did Garrett wait a week to spill this? Also, the league looked into this accusation and found zero evidence. There are mics everywhere on the field, and it would’ve been picked up. Yet, let’s just say, for argument’s sake, that Rudolph did hurl something. Does that give Garrett the right to hit him with a helmet? No. Hall of Famer Tony Dungy, who also has two Super Bowl rings as a player and a coach, said there is still no excuse for this behavior (via CBS Sports):

Before the decision was made, Garrett had flown to New York this week in hopes of getting his suspension reduced by arguing his case in front of an NFL appeals officer. During an appeal hearing that went down on Wednesday, the Browns defensive end said the he was provoked into hitting Mason Rudolph with a helmet because the Steelers quarterback used a racial slur on him.

Although the NFL found no evidence that a slur was used, at least one former NFL coach doesn't think it should matter whether or not Rudolph used any inappropriate language. During an interview with "PFT Live" on Friday, Tony Dungy explained why he has no sympathy for Garrett, even if a racial slur was used on the field.

"I'm sorry, I don't have sympathy with Myles Garrett if in fact that is what happened," Dungy said of the slur possibly being used.

According to Dungy, Garrett's outburst would have made sense if he was reacting to physical harm -- such as a knee to the crotch -- but the Hall of Fame coach feels that the outburst was uncalled for if it happened over a word.

Yes, there’s also the fact that Myles Garrett is 40 pounds heavier than Rudolph and had a weapon in his hand. Granted, Rudolph appeared to be trying to rip off Garrett’s helmet first, but all of that goes out the window when you try to hit someone with a helmet, and your 40 pounds heavier, and your team has a history of being a bull in a china shop. Garrett’s suspension was upheld, but I cannot help but think the Jussie Smollett syndrome has hit the NFL. Do you remember that guy? The actor who formerly appeared on the Fox show "Empire," who alleged that two white guys in red caps hurled homophobic insults at him, assaulted him, put a noose around his neck, and then pour bleach on him. And like Garrett’s accusation, this didn’t happen either.

After a few days of liberals blaming Trump and Mike Pence, the facts didn’t add up. For some in the black community, the whole story smelled fishy from the start. Comedian Dave Chappelle has a great bit about this, which I cannot repeat here, but it’s featured on his latest Netflix special, "Sticks and Stones." In the end, it was two Nigerian brothers, Olabinjo and Abimbola Osundairo, who are seen on security footage at a local store buying supplies that were used in the fake hate crime. One of the brothers was Smollett’s former personal trainer, while the other appeared as an extra on "Empire." I mean, it’s just too good to be true, and that can be applied to the brutal but beautiful sport of football.

It was a Hail Mary attempt by Garrett. It failed. He’s done, but this suspension isn’t expected to bleed into the 2020 season. Now, Browns coach Freddie Kitchens said he believes Garrett. Cue the eye-rolls. That’s fine, Freddie. You’re still probably going to be fired at the end of the season.

This all seems to be settled. And it won’t have the embarrassing impact of Smollett’s antics, but it was an unfortunate turn of events. It did make for a good edit of the NFL Today intro back in the 1970s, however. Still, it looks like the NFL has its own Jussie Smollett in Garrett. It’s quite sad.