Stacey Abrams Becomes The 10,000,000th Liberal to Say The Electoral College Is Racist 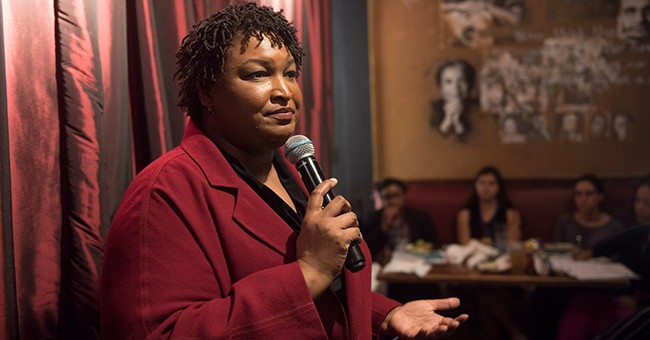 She loses the 2018 Georgia gubernatorial election by over 50,00 votes, says that Democrats don’t need to concede elections anymore, and declares that she will focus on voter rights. Yes, it was only the logical step for Stacey Abrams to attack the Electoral College as racist because why not. She’s only the ten-millionth liberal who has done so since 2016. It’s part of an appalling trend, where liberals attach anything as racist, especially when they lose an election because they think they’re entitled to win them all. With the 2016 election being the fifth election in which the winner has won the Electoral College, but got fewer popular votes, you can see why Democrats are unhappy. Oh, and friendly reminder, if ‘winning’ the popular votes means clinching a majority (50+1), Hillary is still a loser in that contest.

The popular vote is not how we select our next president. And in those five times in which the winner has won the Electoral College but not the popular vote, the country has not collapsed. We’re all still here. And liberals need to understand another thing: it will be here long after Donald Trump has left office. For now, the system is racist. I’ll let Abrams explain, as she did at an event at the National Press Club on Friday (via Free Beacon):

"The Electoral College is racist and classist," Abrams said. "We have to remember the Electoral College was not designed because people were worried about Idaho not having enough votes. We didn't know about Idaho. What we did know was that in the south, the populations in the south had equal or roughly equal populations to the north. However, because black people were not considered human or citizens, they wanted their bodies to count for the purposes of the population count but not their humanity."

Okay—we’re not going to relitigate this again. Liberals are historically illiterate, so just be confident that you’re right and they’re wrong. Some have argued that the Electoral College actually helped eliminate slavery in America.  Or maybe this could be messaging war practice for the possible meltdown that could come next November should Donald Trump win re-election. At this point, he’s on track—and his Electoral College advantage might have grown.  Yeah, I’m hoping for a second term and another triggering of liberal America, especially after they lectured us about respecting the results of elections over the past few months.