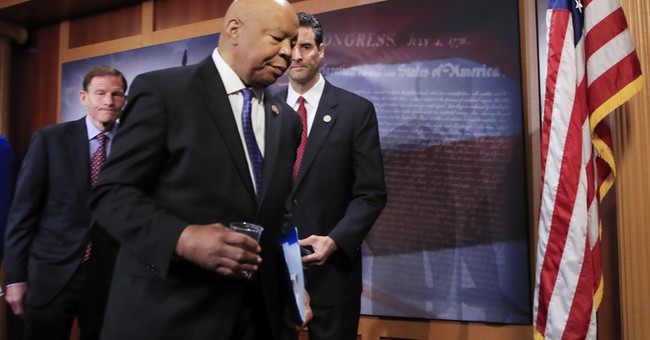 President Trump’s former national security adviser and other White House officials pushed a venture to bring nuclear power plants to Saudi Arabia over repeated legal and ethical warnings that potential conflicts of interest around the plan could put American security at risk, concluded a new report from House Democrats released on Tuesday.

The 24-page report from the House Oversight and Reform Committee outlined actions taken in the early weeks of the Trump administration to secure government backing to have American companies build dozens of nuclear power plants across Saudi Arabia, potentially at the risk of spreading nuclear weapons technology. But House Democrats said there was evidence that as recently as last week, the White House was still considering the proposal.

Claims presented by whistle-blowers and White House documents obtained by the committee show that the company backing the nuclear plan, IP3 International, and its allies in the White House were working so closely that the company sent a draft memo to the former national security adviser, Michael T. Flynn, to circulate just days after the inauguration. Mr. Flynn had worked on the plan for IP3 during the Trump campaign and transition, the Democrats said, and continued to advocate for it in the White House.

Even after Mr. Flynn left the White House in February 2017, officials on the National Security Council pushed ahead, the Democrats said, ignoring advice from the N.S.C.’s ethics counsel and other lawyers to cease all work on the plan because of potentially illegal conflicts. At a March 2017 meeting, a National Security Council aide tried to revive the IP3 plan “so that Jared Kushner can present it to the President for approval,” the Democratic report said, a reference to Mr. Trump’s son-in-law and top adviser.

Remember folks; these are all part of the impeachment theater Democrats are putting on for their base. At the same time, they want to find something, anything that could bring forward such articles since the Mueller investigation is probably going to be a massive nothing burger concerning collusion. Oversight, accountability, etc. are just fancy words the Left is using on the Hill to describe their impeachment hearings because that’s the main goal.

In the meantime, it’s not actually a secret that Saudi Arabia is eying its own nuclear weapons program thanks to Iran’s aggressive effort to acquire such weapons. And it’s not just them; Turkey and Egypt said they could start their own programs as well due to Iran’s nuclear armament program. In the wake of Obama’s nuclear deal with Iran, the Kingdom has made their position even more clear: it’s happening if Iran gets the bomb.