MSNBC Host: The Real Mobs Are Those People Who Go To Trump Rallies 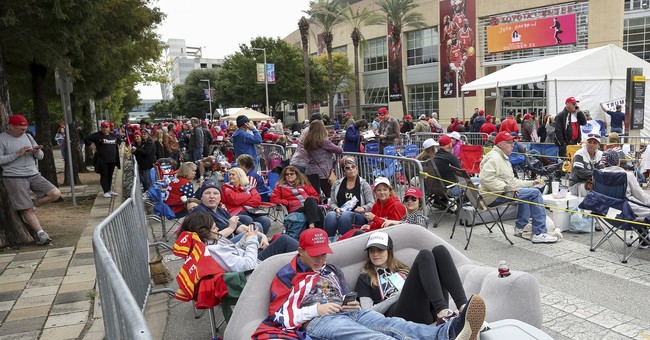 A turncoat is a turncoat—and that’s exactly what MSNBC’s Nicole Wallace has become over at that miserable network. Yes, MSNBC has but one purpose: to keep liberals' blood pressures low. That’s it. It might as well change its name to MSDNC. Yesterday, Wallace commented that the only mobs she sees are those terrible, terrible hard-working and patriotic Americans who attend Trump rallies (via RCP):

"I want to talk about the word mob," she said. "The mobs I see are people who go to Trump rallies and laugh when Donald Trump mimics the testimony of an alleged victim of sexual assault. The mobs I see are the people who cheer when Donald Trump trots out the word, 'I'm a nationalist' and tells people to ignore the negative connotations, the lessons of history about what that's associated with."

"The mobs are the people who think they're faceless, but we see their faces," Wallace said. "It's what you said, people who take the mask off and are defending and cheering these really unprecedented comments that until Trump were so far out of the mainstream, not only would you not see them at a televised political rally, you wouldn't really acknowledge them as part of a political coalition on either side."

Well, first of all, let’s go through the motions here. Who's harassing Republicans, assaulting them, and has an entire organization dedicated to violence (i.e., Antifa)? That would be the Left. They went berserk during the inauguration. They run wild on the streets of Portland. You have Democratic state party officials calling for Republicans to be taken to the guillotine. That was in Minnesota, and two Republican state legislative candidates have been assaulted this cycle. Former Attorney General Eric Holder said Democrats should “kick” Republicans. Sen. Susan Collins (R-ME) is now besieged with shady letters and death threats because she voted for Brett Kavanaugh. The Left has become a mob.

Second, relax with the nationalist remark. You guys all fall into the same trap. This president has proven time and again that the liberal media are just a bunch of idiots. You guys know that with all your lecturing about how its problematic to be patriotic and love this country, everyone else outside of the urban cesspools of liberal America sees this as trashing the country.

‘You cannot say you’re proud to be an American; that’s racist.’ This is what the liberal media is going to discuss in the final days of the 2018 cycle. You cannot complain about how Trump reacts to the press when you guys willingly and consistently give him the gasoline and matches with which he sets the elite media establishment ablaze every time.

In July, Wallace seemed open and somewhat enthusiastic about a possible economic crash hurting this presidency. What horrible people the Left has.

The M-word has become a point of contention when uttered on some networks, like CNN, because it's starting to make Democrats look bad. It's a day that ends in "Y." You can quiet all this nonsense, however, by voting Republican on November 6.