CBS NEWS: Trump Has Narrowed His SCOTUS Pick To These Two Candidates 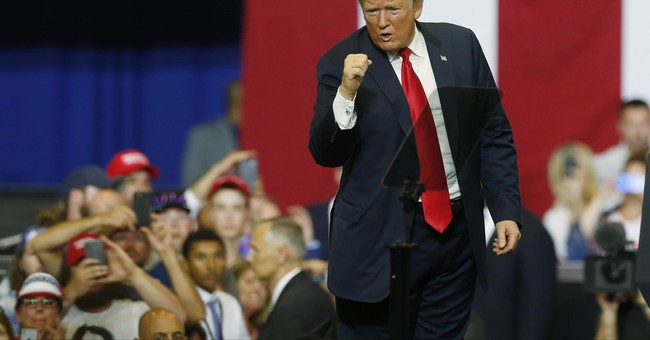 Fix the bayonets! We’re about to enter what will certainly become one of the biggest fights since the tax reform package passed last December. Justice Anthony Kennedy is leaving the Supreme Court on July 31. He made his intentions known to the Trump White House on the final day of the current sessions, where the high court delivered a massive blow to public sector union, ruling that forced dues from non-union members were unconstitutional. It was a key First Amendment victory. Now, with Kennedy taking his much-deserved retirement, conservatives are primed to have a solid majority on the Supreme Court. With the composition of the court at stake, you can guess that the Democrats are going to dig in, they’re going to attack, and they might make complete fools of themselves.

No, correction; they already have made fools of themselves by trying to say no Supreme Court nominee should be considered because it’s an election year when it was VERY clear that the Biden rule applies in presidential years only. They’ve already started to back away from that idiotic talking point. After all, even The Washington Post called them dolts over that line of attack. Right now, it’s a case of Democrats opposing Trump’s nominee, who has yet to be announced, while others say it’s wrong to do so; Sen. Warren said that.

Kavanaugh and Barrett both appear on Mr. Trump's list of 25 possible nominees and he's said he plans to interview about half a dozen potential candidates before announcing his selection.

Sen. Susan Collins, a moderate Republican from Maine, said that Mr. Trump told her during a private meeting that he would not question his potential nominees about Roe v. Wade, the landmark decision establishing abortion as a right for women.

The expected addition of another conservative justice to the Supreme Court has stirred speculation that the case could be overturned.

Those two—Murkowski and Collins—are the troublemakers. We’re already at 50 Republicans in the Senate with the absence of John McCain. If those two defect, that’s the ball game. The process is reportedly going to be as expeditious as possible, with possible hearings in August followed by a confirmation vote by the fall. Just in time for the 2018 midterms, which could drive up GOP voter turnout and put red state Democrats in a jam. Yet, while all seems smooth, those two could gum up the works. I would have also been happy to see Third Circuit Court Judge Thomas Hardiman, who was also interviewed to fill the late Antonin Scalia’s vacancy. He was more or less vetted by the news media, confirmed 95-0, and is beyond qualified. In terms of legal philosophy, he’s reportedly a carbon copy of current Associate Justice Samuel Alito. He’s 52 years old.

This summer is going to get rough real quick with this SCOTUS fight. Prepare for war, folks. The White House communucations staff is already redeploying personnel to ensure a successful Supreme Court nomination. Trump is expected to announce his nominee on July 9.

Last Note: If Amy Barrett sounds familiar, it's because she was grilled for being too Catholic during her confirmation hearings for the Seventh Circuit Court of Appeals.