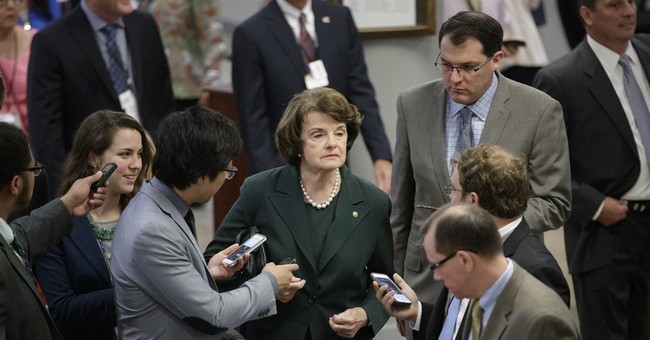 “When you read your speeches, the conclusion one draws is that the dogma lives loudly within you,” Feinstein told Barrett during the September 7th Senate Judiciary hearing. “And that’s of concern when you come to big issues that large numbers of people have fought for for years in this country.”

Feinstein began to explain this by telling CNN’s Dana Bash that she’s “a product of Catholic education,” who’s “sat in doctrine classes for four years for five days a week.”

I think that Catholicism is a great religion, I have great respect for it,” she added.

“I’ve known many of the archbishops who have been in my community,” Feinstein went on. “We’ve had dinner together, we’ve spoken together over many many decades and I’ve tried to be helpful to the church whenever I could.”

Having emphasized that she has Catholic friends and went to “doctrine classes,” Feinstein finally directly explained why she thought the questioning was fair.

“All we have to look at are [Barrett’s] writings,” Feinstein explained. “And in her writings she makes some statements which are questionable, which deserve questions.”

Feinstein couldn’t recall the exact quote in Barrett’s writings that had worried her but she paraphrased that Barrett had said “a Catholic judge cannot be independent.”

Travis Weber, director of the Center for Religious Liberty at the Family Research Council, said that Feinstein’s defense doesn’t make sense given the conclusion of the article referenced by Feinstein.

“Sen. Feinstein should apologize for singling out Amy Barrett because of her religious beliefs,” Weber said in a statement. “Feinstein’s continued defense of her line of questioning does not hold water. The article co-authored by Amy Barrett that Feinstein claims to have concerns about expressly takes the position that a Catholic should recuse themselves when their religious beliefs conflict with the law.”

Archbishop William E. Lori of Baltimore, Chairman of the U.S. Conference of Catholic Bishops Ad Hoc Committee on Religious Liberty, released a statement condemning Feinstein's line of questioning saying, “such questions are not just contrary to our Constitution and our best national traditions, which protect the free exercise of one's faith and reject religious tests for public office, they are offensive to basic human rights. They also, sadly, harken back to a time in our country when anti-Catholic bigotry did distort our laws and civil order. These comments are a reminder that we must remain vigilant against latent bigotries that may still infect our national soul.”