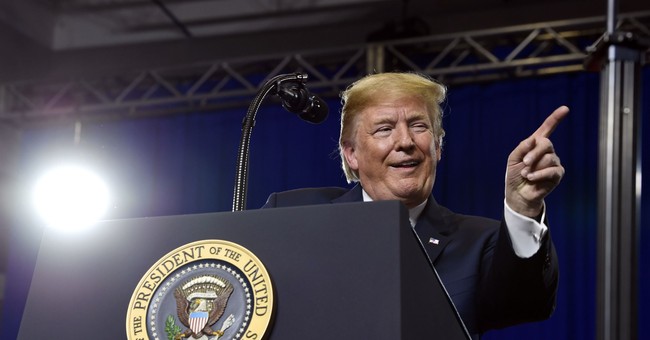 President Trump told reporters at the White House Wednesday afternoon he will choose a nominee to replace Supreme Court Justice Anthony Kennedy immediately and said his pick will come from a list released by his transition team in November 2017.

"[Kennedy] has been a great justice of the supreme court," Trump said. "Hopefully we will pick someone who is just as outstanding."

"Today, we thank Justice Anthony M. Kennedy for his thirty years of distinguished service on the Supreme Court of the United States.  In 1987, President Reagan nominated him to the Court, and he was swiftly confirmed without opposition.  A Californian—like the President who appointed him—Justice Kennedy is a true man of letters.  During his tenure on the Court, he authored landmark opinions in every significant area of constitutional law, most notably on equal protection under the law, the separation of powers, and the First Amendment’s guarantees of freedom of speech and religion," the statement says.  "Justice Kennedy has been a tireless voice for individual rights and the Founders’ enduring vision of limited government.  His words have left an indelible mark not only on this generation, but on the fabric of American history."

Senate Majority Leader Mitch McConnell has been preparing for this moment and announced Wednesday afternoon a confirmation hearing and a floor vote for President Trump's nominee will take place this fall.

"We will vote to confirm Justice Kennedy’s successor this fall," @SenMajLdr says on the Senate floor. "It's imperative than the president's nominee be considered fairly."

MCCONNELL on the Senate floor: "The senate stands ready to fulfill its constitutional role by offering advice and consent … we will vote to confirm justice kennedy’s successor THIS FALL."

“I expect the President will soon nominate someone for the Senate to consider. I encourage the President to choose a nominee with the credentials, intellect and commitment to the rule of law necessary to serve on the Supreme Court. I look forward to having the nominee before us in the Senate Judiciary Committee for his or her hearing in the weeks ahead,” Grassley released in a statement. “For more than three decades, Justice Kennedy served with great distinction on the Supreme Court of the United States. He helped chart the course of American jurisprudence, and made his mark as a staunch defender of First Amendment rights, especially the freedom of speech and religious liberty. He set an example of integrity and wisdom that I hope all jurists will emulate. Justice Kennedy’s familiar presence on the high court will be missed. I wish him well in the years ahead."