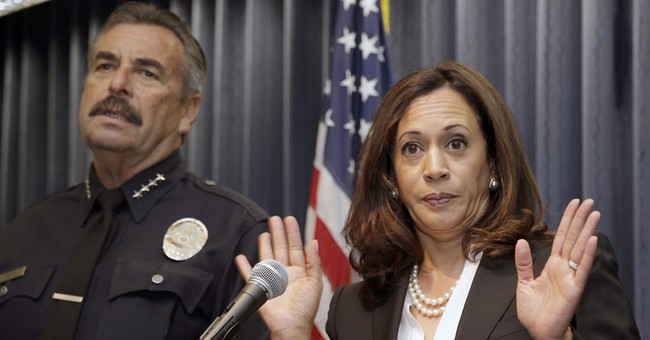 It's been less than 24-hours since Supreme Court Justice Anthony Kennedy met with President Trump at the White House to declare his retirement.

After the announcement hit the news wires, President Trump said he would be choosing Kennedy's replacement from a list of 25-individuals. That list was released shortly after the 2016 presidential election by his transition team.

Before President Trump has declared a new nominee, Democrats are arguing every person being considered is already disqualified. They're demanding Trump "ditch the list" and come up with candidates that meet their leftist standards of constitutional revision.

Now that there is a vacancy, after the Garland heist, the balance of the court will be tilted even more against women's, workers', and civil rights for decades to come if the president nominates 1 of the 25 judges that passed his litmus tests. We need to #ditchthelist now. https://t.co/HRzSFErhLQ

NOBODY on the Federalist Society list of extreme right-wing jurists is an acceptable nominee. #DitchTheList

Any Supreme Court justice on Trump's short list will:

The Trump SCOTUS shortlist is far too extreme, far too rightwing, and far too anti-LGBT. @SenateDems must push to #DitchtheList https://t.co/kWdic8cFha

@sengillibrand #ditchthelist is smart. Trump is clear on litmus tests -- anti-Roe, anti-ACA, and pro-religious liberty (code for anti Roe and anti LGBT & much more) -so every one of those 25 names meets his tests. Take him at his word. And, say no NOW to every name on that list. https://t.co/sQbaaBt0ZB

In other words, they're saying no to any person Trump nominates who isn't a left wing radical.