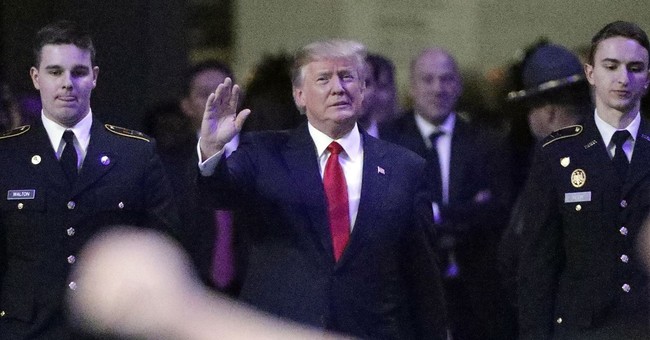 We have to circle back to this from yesterday because I missed a key detail. Michael Wolff stopped by CBS This Morning on Monday, where he admitted that he didn’t talk to any of President Trump’s cabinet members. Wouldn’t that be key when you quote Treasury Secretary Steve Mnuchin calling the president an “idiot”? Scott Whitlock of Newsbusters transcribed this exchange, while also catching Wolff saying that he doesn’t have a political agenda with this book, Fire And Fury: Inside The Trump White House [emphasis mine]:

Wolff book on how top aides regard Trump: “For Steve Mnuchin and Reince Priebus, he was an ‘idiot.’ For Gary Cohn, he was ‘dumb as shit.’ For H.R. McMaster he was a ‘dope.’ The list went on.”

BIANNA GOLODRYGA: One person that appears on every page of this book is Hope Hicks. In terms of what she saw and what she was aware of, and participated in, how big of an impact would she have in the Mueller investigation if she did, in fact, cooperate with him and how worried should the President be?

MICHAEL WOLFF: I think huge. Hope is at the center of the administration. I mean, she’s really one of the curious figures. She begins as something as an intern or a very low level person in the campaign.

O’DONNELL: Did you speak with any members of the President's cabinet about this book?

O’DONNELL: You did not.

O’DONNELL: And did you speak with the vice president?

There are other errors as well—and yes, the media have pointed them out. One reporter was mentioned as being present at meeting, only to have said reporter say on Twitter that he had never been there. Wilbur Ross, the commerce secretary, is mislabeled as the labor secretary. The New York Times’ Maggie Haberman said that the book gets basic facts wrong. Even CNN, yes, the CNN that has stepped on the rake in its reporting of the White House, has some of its hosts warning viewers that this work really isn’t journalism. Even Wolff’s prologue says that parts of the book could be totally wrong. For a thorough takedown, be sure to read Guy’s post on CNN’s Jake Tapper ripping the book for its inaccuracies later this afternoon.