Author Of Shoddy Trump Book: This Will Take Down His Presidency 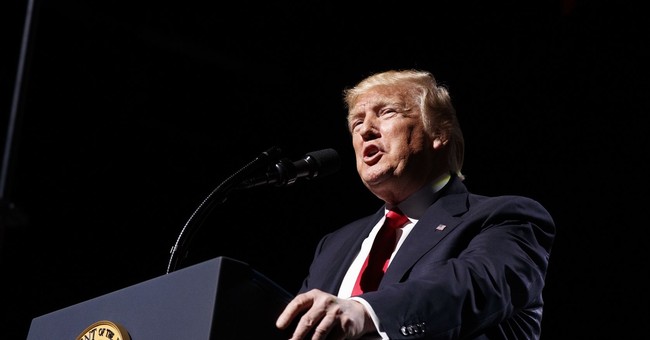 UPDATE: In his interview on CBS This Morning, Wolff now says he has no political agenda with this book. This was also caught by Newsbusters. Also, who are you kidding, pal?

WOLFF: But the important point I want to make is this book is not about my impression of the President. I came into this with no agenda. I continued to have no political agenda.

KELLY O’DONNELL: Fair enough, fair enough. It reads like a narrative. Like, as you say, you were a semi-permanent spot, like a fly on the wall. It also reads like your main source is Steve Bannon. Would that be correct to say that?

WOLFF: It would be not correct. He's a very large source here, but there are many, many ---

O’DONNELL: But you have written it's worse than anybody thought, that he's mentally unstable, that he's an idiot.

WOLFF: I didn't say --- I did not say he's mentally unstable. I would not be qualified to do this. I would say I have merely described and mostly not my impressions, the impressions of other people of the people he deals with on a daily basis.

O’DONNELL: But the President denies he ever spoke with you for this book at all.

WOLFF: I think he probably had no idea he was speaking to me for this book. When I would meet the President in the White House, we would chat as though we were friends, and that was what --

O’DONNELL: That's not an interview to greet someone and say hello.

Michael Wolff’s book is a hot item. It’s already #1 on Amazon’s best-seller’s list, one D.C. bookstore sold out of its copies when it hit the shelves, and liberal America is salivating over a shoddy book that paints the president in a very negative light. In the prologue, Wolff pretty much says that some parts of the book could be totally wrong. Even members of the media, including CNN, have criticized the book for its inaccuracies. Host Alisyn Camerota warned viewers that this really isn’t journalism—and CNN has stepped on multiple rakes as of late in their coverage of this presidency. Wolff gets Wilbur Ross’s cabinet position wrong, he’s the commerce secretary, not labor, and says certain reporters were present at specific meetings, only to have said reporter say that’s false. The New York Times’ Maggie Haberman said that the book just gets basic facts wrong.

Yet, Wolff stands by his book, and admitted in an interview with the BBC that the book is meant to take down the Trump presidency by showing that he’s unfit for the job, a whacko theory that’s permeated left wing blogs. That’s the new baseline, folks. If you disagree with someone, they’re totally insane. That’s 21st century progressivism. Newsbusters caught the interview:

In an interview with BBC Radio on Saturday, Michael Wolff, the author of the dubiously sourced gossip book targeting President Trump, boasted to host Nick Robinson that “the story” that he told, “will finally end...this presidency” once and for all.

“Now, all of this is fascinating, it’s an insight, it’s gossip some of it, it may not be enough to stop him from being president. Whereas, the allegations about Russia may be,” Robinson prefaced. “Do you believe that anything in the book will actually change the chances of the allegations of collusion with Russia being found to be true and therefore leading to the impeachment of the President?”

[Wolff said,] You know, I think one of the interesting effects of the book so far is a very clear emperor-has-no-clothes effect. That, the story that I have told seems to present this presidency in such a way that it says he can’t do his job. The emperor has no clothes. Suddenly everywhere people are going: ‘Oh my God, it’s true, he has no clothes.’ That’s the background to the perception and the understanding that will finally end this – that will end this presidency.

Yeah, for a book that’s error-ridden, I wouldn’t take that bet. Nor would I take any bet that this presidency is done unless solid, incontrovertible evidence is dredged up that the Trump campaign colluded with the Russians during the 2016 election. So far, there’s been zero evidence, probably because there is none. Trump is not your typical politician. In fact, he’s not really one at all. He does things his way; that’s fine. It doesn’t make him crazy. In the meantime, he’s signed the most extensive tax reform in 30 years, defeated ISIS, got Neil Gorsuch on the Supreme Court, pulled out of the Paris Climate Agreement, opened up up ANWR for oil exploration, recognized Jerusalem as the capital of Israel, cut at least $8 billion in regulations, created 1.8 million new jobs (the best since Clinton’s first year in office), his executive order on immigration was upheld by the Supreme Court, and the Dow Jones had 70 record closings.

For the first time in 11 years, CNBC’s economic survey had a majority of people feeling optimistic going into 2018. With the tax bill, that has created jobs and prompted business to give bonuses to their workers, fourth quarter economic growth was reported to be pretty much at four percent in December. The Dow Jones had a 5,000-point surge in 2017, the largest gain in its history. Consumer confidence is at a 17-year high and unemployment has reached a near two-decade low. There’s a lot of good coming from the White House, but because liberals are insufferable and can’t spin some of these points, they’re just relegated to calling him insane.