Feel Good Friday: Here's What These Coal Miners Did Before The Start Of Their Shift 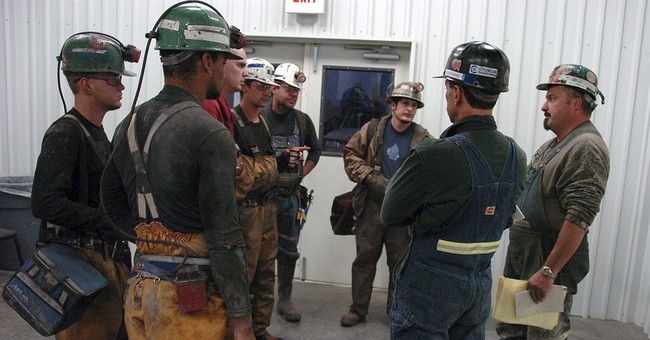 Here’s one way to start your day at work. Shane Wriston of Clear Creek, West Virginia decided to post to Facebook fellow coal miner Josh Stowers offering his rendition of the Star-Spangled Banner before they head into the mines. The caption reads, “There is no kneeling in this bath house...we have daily Safety Meeting before every shift before these guys go underground, and we appreciate josh volunteering to sing after the meeting, thanks Josh Stowers.

It’s an obvious swipe at the NFL players who take a knee during the national anthem that has torpedoed the league’s ratings, approval numbers, and ticket sales. At the same time, it could be viewed as a sign of triumph. After eight years, the Trump administration is ending the Obama-era war on coal and rescinding the so-called Clean Power Plan. The plan, which aimed to reduce carbon emissions by nearly 30 percent by 2030 from 2005 levels, was going to kill jobs, especially those in coal country. Fixed-income seniors would have had their home budgets torched, and millions of jobs within the Black and Hispanic communities could have been put on the chopping block.

Have a safe shift, fellas.