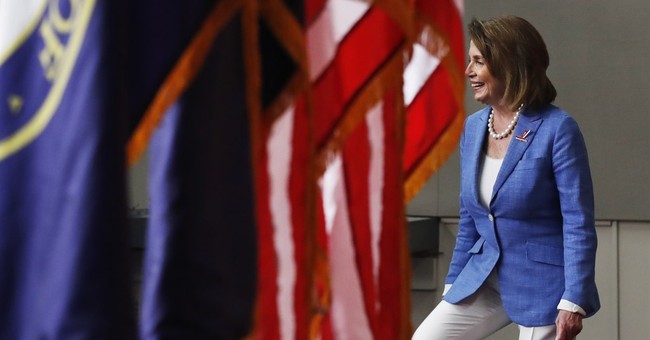 The Deferred Action for Childhood Arrivals program that started under President Obama is winding down. The announcement led to the Democrats overreaching again. Some are suing the Trump administration for using the same power to rescind what Barack Obama unconstitutionally implemented during his presidency. DACA sets up criteria for applicants who entered the U.S. illegally when they were minors. If accepted, they’re shielded from deportation and have access to work permits. This executive order had been in legal limbo for years. For starters, this is a rather clear separation of powers issue. The Trump administration’s lawyers felt that it was indefensible, while the Department of Homeland Security, which had already rescinded the memo that created the Deferred Action for Parents of Americans and Lawful Permanent Residents program, said that only an act of Congress could ensure DACA stays as it does today. The choice was clear. A gradual winding down, in which there’s a six-month enforcement delay in order to allow Congress to sort this mess out, or a national injunction on the program.

There are 800,000 illegals that benefit from DACA. As Congress plans to figure what to do here, and there are conservative Republicans who are open to legalizing all DACA recipients—also known as DREAMers—in exchange for passing the RAISE Act, which overhauls our green card policy with language and skill requirements, or some other form of border enforcement. That’s not controversial. What is controversial is suggesting that the GOP wants to put DREAMers in concentration camps, which Nancy Pelosi decided to infer on the Capitol Grounds Tuesday (via Free Beacon):

"A week and a half ago, I was in Chicago, and I saw this art exhibit that I was invited to see. It's called ‘And then they came for me,' and it's about the internment of the Japanese-American patriots in our country who were interned into camps during World War II while their family members were fighting for freedom for America and for the world in World War II," Pelosi said.

"And now they're coming for the Dreamers," she continued. "This is something—we owe these Dreamers for their patriotism, their courage, their optimism to come forward, but it's about America too."

Well, that’s certainly an overreach. Japanese internment involved American citizens being interred during World War II—and a Democrat locked them up. We’re not at war with Mexico, or any Latin American nation, and most obvious of all—we’re not going to deport 800,000 people. Yes, we know where a lot of them are since DACA applicants have to show proof that they’re here illegally, with them giving the government sensitive personal information; they’re not going anywhere. Given the reaction from Congress, the optics, and the logistics to accomplish this—Trump has tossed this issue back to Congress to settle it without constitutional questions. This isn’t like Japanese internment, where American citizens were rounded up by a Democrat and hoisted off to concentration camps. There are no concentration camps coming for DREAMers. This is Nancy being Nancy, but it’s somewhat entertaining; insane—but entertaining.