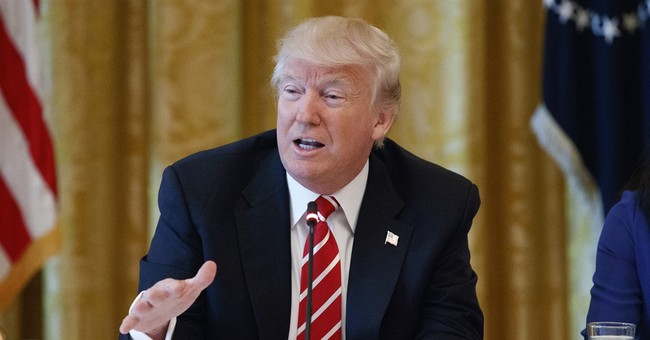 When liberal constitutional lawyer Alan Dershowitz said that liberals were stretching criminal statutes to create an aura of illegality that can engulf the Trump presidency, you can see that with former President Obama’s ethics lawyer, who said Trump’s tweets about possibly having taped conversations between himself and James Comey, was a threat. President Trump fired Mr. Comey, who was then FBI director, tweeting that he better hope there are no tapes of their conversations (via the Hill):

Trump, after firing Comey in May, said the former bureau director “better hope” there were not any “tapes” of their conversations.

“James Comey better hope that there are no 'tapes' of our conversations before he starts leaking to the press!” Trump said on May 12.

A threat? Really? Rep. Adam Schiff (D-CA), the ranking member of the House Intelligence Committee, said that the president seems to have intimidated Mr. Comey with this so-called threat and doesn’t believe Trump when he said there were no tapes. The Secret Service also said the same thing; there are no Trump tapes, but didn’t rule out another party making them. Mr. Comey was intimidated? The same guy who drafted memos that detailed his key meetings with Trump, who then gave them to a friend to leak to The New York Times? The Left coveted the memos because they noted how the president acted improperly concerning influencing an ongoing investigation centering on his former National Security Adviser Michael Flynn, who is under the microscope for his ties to Russia. Why would the president do this asked Schiff? Because he’s screwing with you man. There is still no evidence of collusion with the Russians. There is no direct evidence of obstruction of justice. If Comey was intimidated, why did he willingly leak those memos in the hopes of a special counsel? Trump’s tweets weren’t enough to keep his mouth shut—and his actions clearly show that he was not intimidated in the slightest. Yet, most importantly, we don’t know if Trump is under investigation for obstruction. All of that was based on a Washington Post story, a paper that doesn’t print the truth, but what they’re told, or at least that’s what their iconic editor Ben Bradlee said about it.

Rep. Schiff on Trump's "tapes" tweet: It appears the President was trying to discourage Comey from speaking out https://t.co/0uskWsFp00

Rep. Schiff not convinced about no Comey tapes: I wish we could say everything the President tweets is true, but... https://t.co/sbRPKG2lvy

Comey was intimidated by Donald Trump’s tweets? Does James Comey even have Twitter? Does he even care? I think he has better things to do and he certainly did when he was FBI director. This is becoming a bigger clown show by the day.