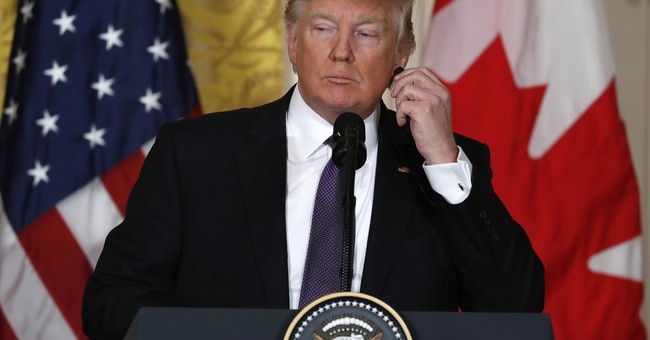 The Trump administration is filing paper work for an en banc hearing of the Ninth Circuit Court of Appeals that initially voted unanimously to keep the temporary restraining order on the president’s executive order on immigration in place.

Washington State District Court Judge James Robart put a halt on the provision that barred immigration from seven predominantly Muslim, though terror-prone, nations. The Trump White House floated the idea of appealing the decision, possibly taking it all the way to the Supreme Court—or drafting a new executive order with more forceful language that explicitly states that the moratorium wouldn’t apply to legal residents.

Last Friday, it was initially reported that the Trump administration wouldn’t appeal the ruling, though White House Chief of Staff Reince Priebus said that all legal options were still being reviewed. On the same day, Chief Judge Sidney Thomas of the Ninth Circuit called for an en banc hearing, even though the DOJ or Washington State didn’t call for one. They have that authority. Judge Thomas asked for both parties to submit the necessary documents for review by this Thursday. There are 29 active judges. An 11-member panel will be selected for the case. A majority would need to vote in favor of moving forward with the appeal. LawNews reported that since this circuit is one of the most liberal in the country, we shouldn’t be shocked if a new hearing is shut down. The three judges who voted against the initial appeal could also be on the 11-member en banc panel: