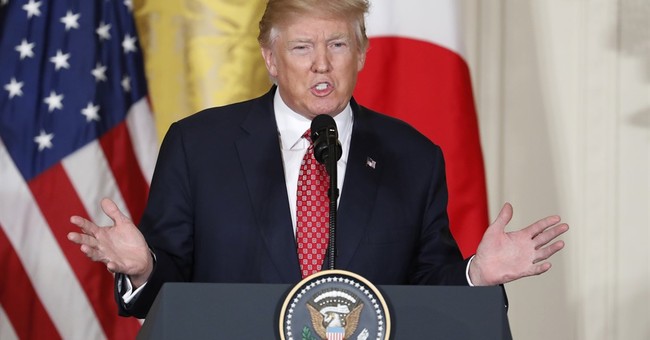 UPDATE: White House Chief of Staff Reince Priebus said that all legal options are still being considered and a Ninth Circuit Court judge has called for an en banc hearing on the restraining order of President Trump's executive order. He's instructed both parties to file briefs by next Thursday.

Via The Associated Press, President Donald Trump might be considering drafting a new executive order on immigration after legal setbacks to his original order that placed a temporary moratorium on several predominantly Muslim countries. The Hill reported that the Trump White House does not plan on appealing the ruling from the Ninth Circuit Court of Appeals that upheld the nationwide stay issued by Washington State district judge James Robart, a Bush appointee.

The AP added that the president said, “We also have a lot of other options, including just filing a brand new order” onboard Air Force One. The publication added that the new order would change little to the one in legal limbo, which could be signed early next week.

When the Ninth Circuit issued their unanimous ruling on the stay last night, Trump tweeted, “see you in court, the security of our nation is at stake.”

Rewriting a new order has always been an option, even one mentioned by Washington State Attorney General Bob Ferguson, who issued the legal challenge, at a press conference last night.

SEE YOU IN COURT, THE SECURITY OF OUR NATION IS AT STAKE!