China Has A Green Police Squad Cracking Down On BBQs 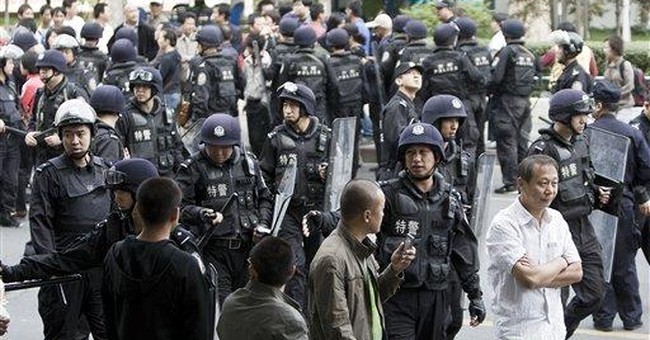 Let’s not pretend that the environmental Left wouldn’t want his here: a police unit dedicated to rooting our burning wood and open-air barbecues. Well, China’s ruling elite has created a new police force dedicated to stopping such activities to fight the nation’s smog problems (via AP):

According to state media, Beijing's acting mayor said Saturday that the new police force will focus on open-air barbecues, garbage incineration and the burning of wood and other biomass.

Beijing and dozens of cities in China spend many winter days under a thick, gray haze, caused chiefly by thousands of coal-burning factories and a surplus of older, inefficient vehicles.

In Alaska, the EPA is reportedly mulling ways to fine people in the interior for burning wood to keep warm to cut down on small-particle pollution. The problem is that a) we have better environmental laws than China (though some have been abused by this administration in an attempt to kill certain industries they don’t like); and b) with winter temperatures plunging to 50 below zero­­—you need to burn something to stay alive.