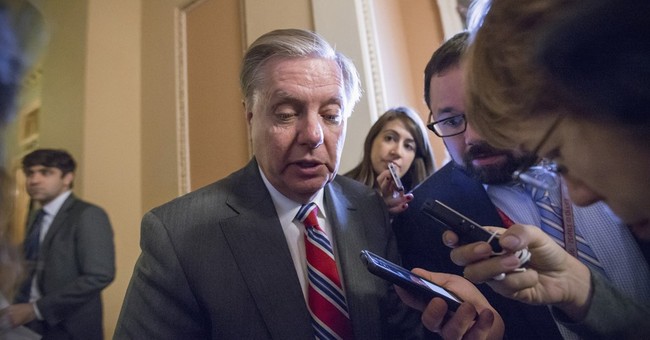 Democratic Sen. Dick Durbin (D-IL) and Republican Sen. Lindsey Graham could give children living in the United States illegally new protections under a bipartisan bill that’s set to make their deportation more difficult should President-elect Donald Trump take aggressive actions on immigration enforcement. Graham had already said that he would protect the so-called Dreamers should Trump try to reverse some of Obama’s executive actions on immigration (via The Hill):

Senate Democratic Whip Dick Durbin (Ill.) and Sen. Lindsey Graham (R-S.C.), both members of the panel, are crafting a bill to shield children living in the country illegally from being deported if they grew up in the United States and have stayed out of trouble.

The bill is likely to have the support of another Republican on the committee, Sen. Jeff Flake (Ariz.). He was a member of the so-called Gang of Eight that put together the comprehensive immigration reform bill that passed the Senate in 2013.

Trump has vowed to repeal Obama’s executive orders that halted deportations for people who came to the country illegally at a young age, as well as deportations of the parents of citizens and lawful permanent residents.

Lawmakers are worried that rescinding those orders would pull the rug out from hundreds of thousands of young people whose parents immigrated to the country illegally. Many of them may have to drop out of school, lose their jobs or face deportation.

The publication added that Graham said, “You can’t blame these kids for coming here, you can’t blame these kids for coming out of the shadows. They’re out of the shadows and now we know who they are. If we cancel the executive order, what happens to them? We deport them all?” Flake added that he feels Obama executive actions were unconstitutional, but added “I do want to protect kids that were brought here.” Those who have committed crimes would be afforded protections however.