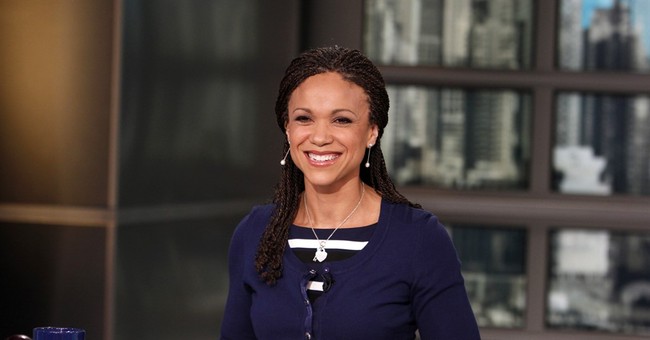 Flashback to the time when Melissa Harris-Perry had a show on MSNBC, where she and Alfonso Aguilar, President for the Latino Partnership for Conservative Principles, were discussing Rep. Paul Ryan assuming the House Speakership. Aguilar was saying how Ryan was a great choice to become the next House Speaker, citing his work ethic. Harris-Perry agreed, but chastised Aguilar for using the term “hard worker” to describe Ryan. This apparently triggered Harris-Perry, who then said we must look at this term through relative privilege, or something. In all, saying “hard worker” could constitute a microaggression:

It’s totally absurd, which is why the Media Research Center honored Harris-Perry, whose show has since been cancelled by the liberal news network, for having the Quote of The Year at their annual gala on Thursday. Harris-Perry also won the organization’s Dan Rather Dan Rather Memorial Award for Stupidest Analysis for the exact same quote.

MELISSA HARRIS-PERRY: Alfonso, I feel you. But I just want to pause on one thing. Because I don’t disagree with you that I actually think Mr. Ryan is a great choice for this role. But I want us to be super careful when we use the language “hard worker,” because I actually keep an image of folks working in cotton fields on my office wall, because it is a reminder about what hard work looks like. So, I feel you that he’s a hard worker. I do. But in the context of relative privilege, and I just want to point out that when you talk about work-life balance and being a hard worker, the moms who don’t have health care who are working–

AGUILAR: I understand that.

HARRIS-PERRY: No, no. Really, ya’ll do. That is really what you guys do as a party.

AGUILAR: That is very unfair. I think we cannot generalize about the Republican Party.

HARRIS-PERRY: That’s true. Not all Republicans. That is certainly true.