Complying With Obama’s Order, A 100-Cell Camp Is Shut Down At Gitmo 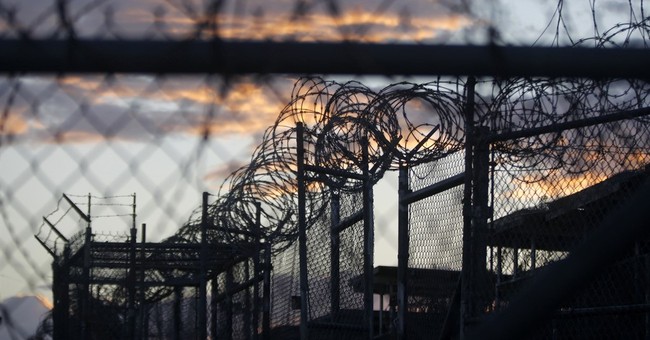 President Obama has vowed to close our detention center at Guantanamo Bay, Cuba and this could be one of the first steps in meeting that goal. According to the Miami Herald, a 100-cell camp, called Camp 5, has ceased its operations. There are now only 61 detainees left at Gitmo, with the remainder of Camp 5’s population being transferred to Camp 6. In addition, the closure of Camp 5 means that 400 fewer troops will be stationed at Gitmo:

Commanders have shut down operations at a 100-cell maximum-security lockup called Camp 5 and plan to convert it to a new prison clinic and psychiatric ward, the military disclosed Wednesday, as part of its continuing operations to comply with President Barack Obama’s order to close the detention center.

“We’re now down to 61 detainees and we have consolidated our detainee population from Camp 5 into Camp 6,” Navy Capt. John Filostrat told reporters during a lunch-time recess at pretrial hearings in the USS Cole bombing case. “The rest are in Camp 7 and in the coming months we’ll reduce by three Military Police companies and about a dozen medical personnel.”

Under that plan, the U.S. Southern Command would shrink the force of upward of 1,950 troops and civilians by about 400 soldiers by year’s end, he said. No one is being sent home early. Instead, he said, the prison has canceled three upcoming Military Police deployments to this remote base in Cuba.

Camp 5 is where the prison for years isolated hunger strikers, punished feces hurlers and segregated war criminals. A subsidiary of the Pentagon contractor Halliburton built Camp 5 for $17 million in 2003 and 2004 as a state-of-the-art, air-conditioned penitentiary-style building with constant camera surveillance copied from a state prison in Bunker Hill, Indiana.

The Herald added that Camp 5’s renovation into a prison clinic is going to cost about $8.4 million.

The Obama administration has been adamant to shut down the detention facility, considering it antithetical to American values and a recruitment tool for terrorist groups. Unable to unilaterally shut down the facility, the president has stopped sending captured terrorists to the detention center. With that, he’s slowly emptying the center. Guy has also written about recently released Gitmo detainees, who were considered high risk. One is now an al-Qaeda leader in Yemen, while dozens more have joined ISIS.

All I can say is that it’s pure nonsense to think that the terrorists won’t attack us anymore just because we close Guantanamo Bay. It’s as reckless as his nuclear deal with Iran.