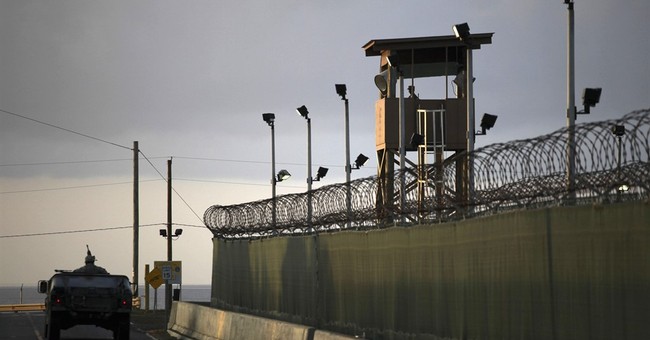 President Obama said he’s gunning to close the detention center at Guantanamo Bay, and he’s starting by emptying the cell blocks that have housed suspected terrorists since it opened in 2002. Right now, the administration is on the verge of the largest detainee transfer in a single month since 2007 (via NYT):

Defense Secretary Ashton B. Carter has notified Congress in recent days that he has approved 17 proposed transfers of lower-level detainees, said the officials, who spoke on the condition of anonymity to discuss matters that have not yet been made public. Congress has required Mr. Carter to certify that security standards have been met at least 30 days before any transfers.

President Obama wants to close the Guantánamo prison in Cuba before he leaves office in a little over a year. His administration has stepped up efforts to find countries to take 48 detainees on a transfer list and moved to speed up the work of a parole-like board that might approve the release of others who are currently recommended for indefinite detention.

The Republican-led Congress, however, has shown little interest in lifting a ban on bringing any detainees to a prison inside the United States, which is Mr. Obama’s plan for those who are either facing trial or are deemed too dangerous to release.

The commander who oversees the military base, Gen. John F. Kelly, has created new rules that will limit reporters to four “media day” trips a year in which large groups will come and depart the same day. Reporters will generally no longer be permitted to go inside the prison camp’s walls.

In a telephone interview, General Kelly connected his decision “to tighten things up a little bit, particularly on the scheduling” for news media visits, in part to what he described as a sharp rise in visits by delegations from foreign governments that are considering resettling detainees.

The operational strains of handling such visitors, he said, formed the backdrop to an episode in October that focused his attention on rules for visits. He said that a journalist, whom he would not identify, was “extremely impolite” during an interaction with a service member who worked at a detainee library.

The problem is that there's little support to bring those detainees deemed to risky to release onto U.S. soil due to security concerns. Intense political pressure forced then-Attorney General Eric Holder to try Khalid Sheikh Mohammed, the mastermind of the 9/11 attacks, and four other conspirators by a military commission, instead of the planned civil trial in New York City. Those feelings haven't subsided, as a judge refused to allow Mohammed to testify in a terror trial involving Osama bin Laden’s son-in-law in 2014. In Kansas, residents are already voicing their opposition to having such detainees transferred to Fort Leavenworth.

Moreover, it doesn’t help the Obama administration’s case that a former detainee is now the leader of al-Qaeda in Yemen, along with 20-30 detainees, some of whom were released as little as three years ago, joining the Islamic State.