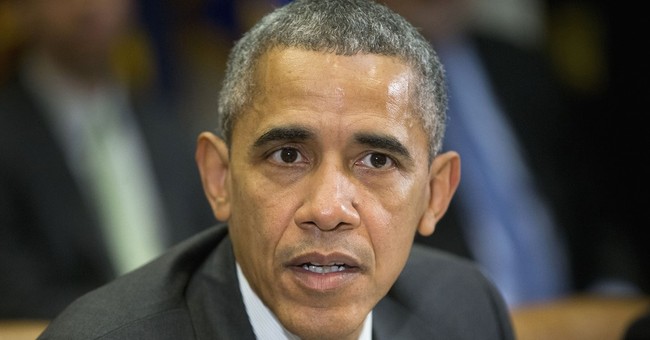 We all know the president wants to close Guantanamo Bay, the plans for which how that will be achieved are expected this month, but what happens if we continue to nab more Islamic extremists? For now, the interrogations occur on naval ships and the prisoners are transferred to other nations’ legal systems, or they’re brought here to be tried in our court system. That’s including military commissions, according to the Associated Press. Yet, this lack of clarity on what to do if we see an uptick in captured terrorists has legal wonks and national security officials unnerved:

"If you're going to be doing counterterrorism operations that bring in detainees, you have to think through what you are going to do with them," said Phillip Carter, former deputy assistant defense secretary for detainee policy. "If the U.S. is going to conduct large-scale combat operations or large-scale special

Rebecca Ingber, an associate law professor at Boston University who follows the issue, warns that if the U.S. engaged in a full ground war in Syria, "chances are there would need to be detention facilities of some kind in the vicinity."

The U.S. has deployed about 200 new special operations forces to Iraq, and they are preparing to work with the Iraqis to begin going after IS fighters and commanders, "killing or capturing them wherever we find them, along with other key targets," Defense Secretary Ash Carter said.

Brett McGurk, special presidential envoy for the global coalition to counter IS, told Congress this month that in the final six months of 2015y, 90 senior to midlevel leaders were killed, including the IS leader's key deputies: Haji Mutazz, the top leader in Iraq, and Abu Sayyaf, the IS oil minister and financier.

Sayyaf was killed in a raid to rescue American hostage Kayla Mueller; his wife, known as Umm Sayyaf, was captured.

Her case illustrates how the Obama administration is prosecuting some terrorist suspects in federal courts or military commissions or leaving them in the custody of other nations.

Yet, even the president seemed to know that closing Gitmo would be a huge political hurdle for his administration to overcome with a Republican Congress. He said in his final presser of 2015 that he wants to find ways to work with Congress, but don't be shocked if the closing this facility comes in the form of an executive order.