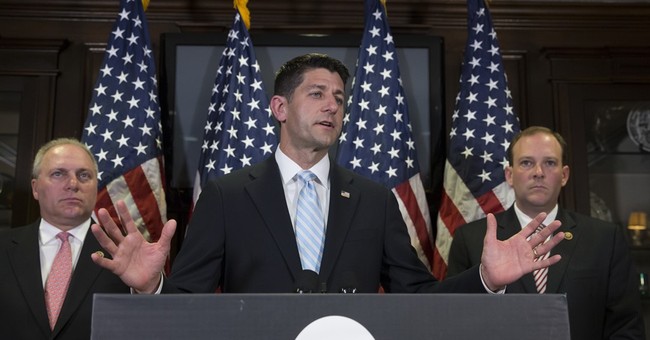 There will be no vote on gun control legislation in the House due to Republican infighting, according to Politico. Speaker Paul Ryan said that a vote would be held after the Fourth of July recess on a bill similar to that of Sen. John Cornyn’s (R-TX) proposal that died in the Senate. It centered on barring those suspected of terror ties from buying firearms. It added a due process of law provision to ensure an overreaching government wasn’t arbitrarily stripping Americans’ gun rights. Given the nature of these secretive government lists maintained by the FBI, it’s a common sense provision that’s opposed by Democrats.

Anti-gun antics in Congress reached new heights when House Democrats, led by Rep. John Lewis (D-GA), participated in the June 22 Occupy Congress sit-in that lasted 24-hours. The effort, which also turned out to be a fundraising event for Democrats, was done in order to place pressure on House Republicans to do something in light of the Orlando shooting.

Omar Mateen shot and killed 49 people at the Pulse nightclub in the deadliest mass shooting by an individual in U.S. history. It’s considered a hate crime and the worst terrorist attack on U.S. soil since 9/11.

For now, some are hoping for a vote before the July 15 recess, but don’t bet your mortgage on that happening either (via Politico):

House Republican infighting has forced GOP leaders to indefinitely postpone a vote on an "anti-terrorism package," leaving Congress with no legislative response to last month's massacre in Orlando.

As Democrats are pushing Speaker Paul Ryan (R-Wis.) for votes on their gun control proposals, taking to the House floor Thursday to read the names of victims of gun violence, Republicans can’t agree among themselves on what they will support in a gun package.

While some in House leadership hold out hope for a vote before the July 15 recess, sources cautioned that much work remains to get there.

"We aren’t trying to rush anything — it’s most important to get it right, so we are continuing to work with members toward that end," said a senior House GOP aide, echoing comments Ryan made earlier at a press conference Thursday.

House Majority Leader Kevin McCarthy (R-Calif.) last week unveiled a proposal — identical to that offered Sen. Jon Cornyn (R-Texas) — to require the Justice Department to go to court to prove “probable cause” that a person is involved in terrorism before blocking a gun purchase. Law enforcement agencies would have 72 hours to try to stop the sale.

On June 15, Sen. Chris Murphy (D-CT) launched his anti-gun salvo on the floor, filibustering a spending bill for the Department of Justice in order to force a vote on expanding background checks and preventing those on terror watch lists from buying guns. The latter was dubbed “No-fly, No-buy” by Democrats. Both amendments failed, but not after Murphy’s 15-hour filibuster provided a forum for anti-gun Democrats to disseminate egregious whoppers about guns.