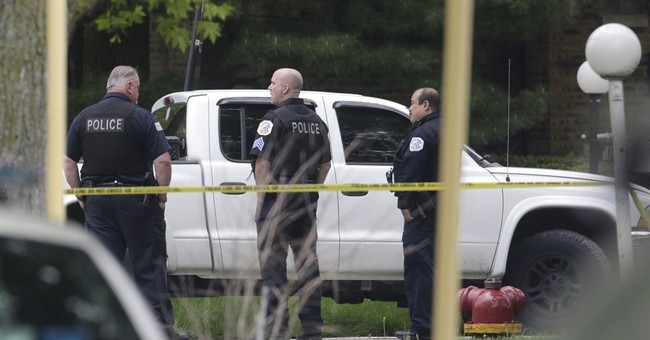 While Memorial Day was marked by trips to various war memorials, parades, and going to the beach—the residents of Chicago more or less were dodging bullets. The city is already seeing a massive spike in homicides and shootings, and its on track to have 500 homicides this year. In all, the holiday weekend ended with 69 people shot, with four fatalities (via Chicago Tribune):

Just after midnight, in one of the last shootings of the Memorial Day weekend, two people pulled out guns and started firing in East Garfield Park.

The first call to police early Tuesday was for one person shot on Homan Avenue. Then a second victim. Then a third. Then someone walked into a hospital a few minutes later.

In all, 27 of the 69 people hit by gunfire over the weekend were shot in or near the Harrison District, one of the city's most violent and one of the most heavily patrolled by police.

The rest of the weekend shootings were scattered across Chicago. They happened as far north as West Rogers Park and northwest as Jefferson Park and as far south as the West Pullman neighborhood. The violence centered on the West Side, though. Seven of the shooting incidents on the West Side had more than one victim.

More disconcerting for police is that the levels of violence they’re experiencing now is usually reserved for the summer months. This could be a very bloody summer.