With Shootings Up 50 Percent, Chicago Should Expect A Bloody Summer 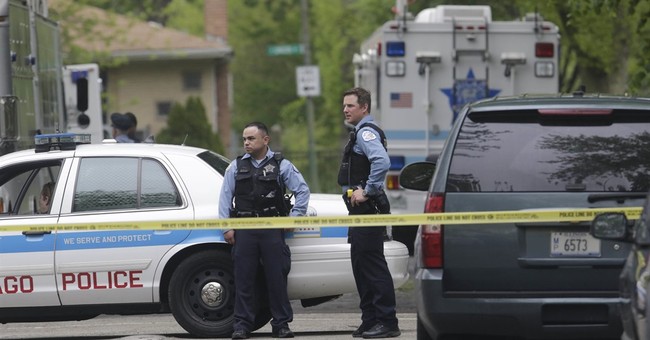 Chicago was wracked with another string of shootings this weekend that left five people dead and 40 wounded between last Friday afternoon and Monday morning (via ABC 7 Chicago):

A city employee caught in gang crossfire was among five people killed and 40 more wounded in shootings across Chicago between Friday afternoon and Monday morning.

Chicago Police issued a statement Sunday in the middle of one of the first consistently warm weekends of the spring, as intensified city gun violence typically accompanies rising temperatures.

"As we look toward the summer months, Superintendent Johnson has made it very clear that the violence will not be tolerated - period," the statement said. "The cause of the violence traces back decades, and everyone has a role to play in fixing it - police working with parents, judges, residents, clergy, community leaders, and others. Put simply, we need more values, fewer guns and stronger sentences against violence offenders."

On Monday alone, 11 people were wounded in shootings across the city. On May 21, shootings killed one person and wounded seven

This past Mother’s Day was the most violent weekend the city has seen since last September. Last year’s Memorial Day weekend ended with 12 people killed and 44 wounded in various shootings. We should expect the same this year–sadly.