Report: Baltimore, Washington D.C., And Chicago Are Responsible For Spike In Murder Rate 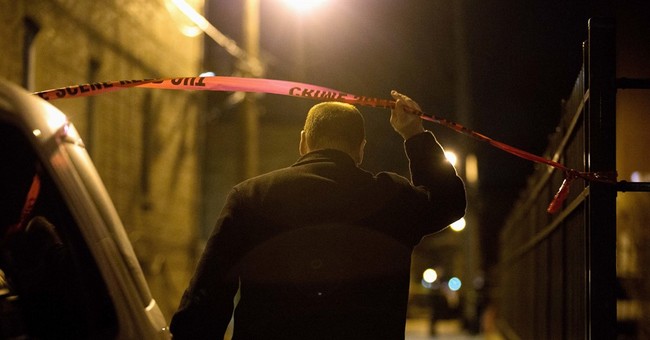 Chicago had a bloody Mother’s Day weekend. It was one of the worst spats of violence he city has seen since September. Eight people were killed, with another 43 wounded. In terms of people being shot, that figures has surged to 1,225 this year. The city is on track to have 500 homicides this year. So, while violent crime has dropped to historic lows, the Windy City, along with Washington D.C. and Baltimore, form the unholy trinity of urban areas that are responsible for the slight spike in homicides were about to have in 2016 (via WFB):

Three major cities accounted for more than half of the rise in the national murder rate between 2014 and 2015, a new report shows.

Though overall crime rates were stagnant in America’s 30 largest cities the murder rate rose 13.3 percent, according to a report from the Brennan Center for Justice.

The violent crime rate also rose by 3.1% in those major cities, lead by increases in Los Angeles, Baltimore, and Charlotte.

Three cities were also mainly responsible for the rise in murders. “Final data confirm that three cities (Baltimore, Chicago, and Washington, D.C.) account for more than half (244) of the national increase in murders,” the report said.

“Final data confirm that three cities (Baltimore, Chicago, and Washington, D.C.) account for more than half (244) of the national increase in murders,” the report said.

Last year, Baltimore had the second bloodiest year in its history, with 344 homicides, just shy of the 1993 record of 353. The nation’s capital saw a 54 percent spike in homicides for their 2015-crime report. Still, even as urban areas see more crime, it’s no nowhere near the levels of violence we reached across the country 20 years ago. America is a much safer place, except in these anti-gun, and overwhelmingly Democratic, bastions. Maybe it’s time to make it easier for people to defend themselves.