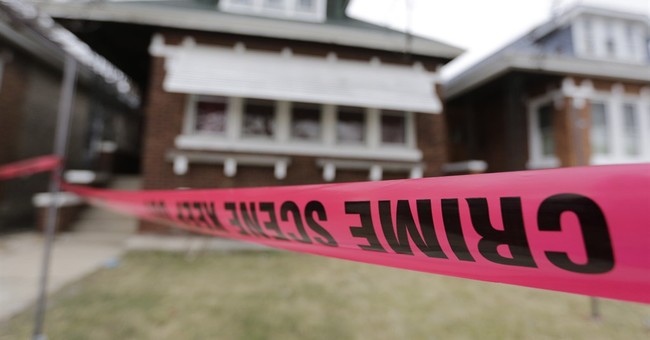 The Windy City experienced a bloody Mother’s Day weekend that left eight people dead and 43 wounded. The Chicago Tribune reported that it was the most violent weekend since September, with over 1,000 people being shot so far this year:

Mother’s Day weekend saw eight people killed and 43 wounded by gun violence in Chicago, the most violent weekend in the city since the end of September, according to an analysis of Tribune data.

At least 1,225 people have been shot in Chicago this year as violence continues at a pace not seen in the city since the 1990s, according to data kept by Tribune and police.

This past weekend's shootings were spread across the city, from Roseland to the south to West Rogers Park to the north. Two people were shot on Chicago highways, including a 35-year-old man who died after being shot in the back on Lake Shore Drive.

The weekend’s youngest homicide victim was 16-year-old Nathan Hicks, who was shot in the chest as he stood on a sidewalk in East Garfield Park. The oldest was 58-year-old Andres Rivera, killed at his dinner table in Archer Heights when a bullet pierced the front door and hit him in the head, police said.

The city is on track to having a 500-homicide year. To make matters worse, the city’s overall socioeconomic fabric remains immensely segregated. Even neighborhoods that were integrated are beginning to re-segregate (via Chicago Sun-Times):

A century after the start of the Great Migration and 50 years after the Kerner Commission Report declared “our nation is moving toward two societies, one black, one white — separate and unequal,” a quarter of Chicago’s 77 communities remain as racially and socioeconomically segregated as ever and undeniably unequal, according to the Chicago Urban League.

And that segregation is so deeply entrenched that even those neighborhoods that achieved racial diversity are moving toward re-segregation, say sociologists at American University who analyzed race and housing patterns in 10,000 neighborhoods in Chicago, Houston, Los Angeles and New York.

“Residential segregation is a fundamental cause of disparities from education to employment and health. These systemic issues can no longer be ignored. The question before us should no longer be if, but how, the public and private sectors will be engaged in making investments that achieve equitable resources for all,” League President and CEO Shari Runner said.

Given the public relations nightmare that has ensnared the police department and the mayor’s office, don’t expect much change on these issues.