Don’t Tell John Kasich, But His Medicaid Expansion Could Cost Taxpayers $27.5 Billion By 2020 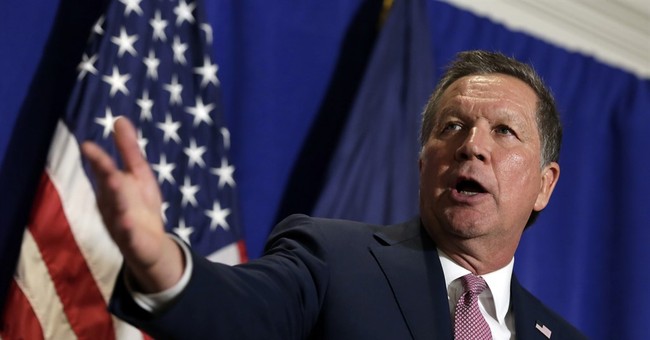 We knew this was coming. In fact, anyone who has ever crunched the numbers for Medicaid expansion knows that the government health care program is a budget buster. The Foundation for Government Accountability has noted that on average, a state legislature needs to find two to three dollars in cuts in their receptive budgets just to save one dollar in Medicaid spending.

In Virginia, about a quarter of doctors aren’t accepting new Medicaid recipients. In fact, a 2011 University of Virginia Study showed that those without insurance actually fared better than those enrolled in this government program. But, alas, those who support hitching onto this public policy bandwagon, which is a key component of Obamacare, is due to the misconception that it helps the poor–and that it’s free money. Well, there is no such thing as free money, and most of the new people who are eligible for Medicaid benefits are able-bodied, childless adults who don’t work. Yet, back to Ohio, it’s Medicaid expansion has already run over budget, as Jason Hart of Watchdog wrote last month:

Ohio Gov. John Kasich’s expansion of Medicaid under the 2010 federal health law has cost taxpayers $7 billion in a little more than two years.

The federal government — which is $19 trillion in debt — paid $390 million for Ohio Medicaid expansion benefits in February, bringing the program’s total cost since January 2014 to $7.1 billion.

Kasich frames his Obamacare expansion as a fiscally responsible way to keep drug addicts and the mentally ill out of prison, even as costs zoom past his projections. The expansion was $1.5 billion over budget after 18 months.

“Ohio’s Obamacare expansion has already run $3.1 billion over budget and is on track to run nearly $8 billion over budget by the end of next year,” Jonathan Ingram, research director at the free-market Foundation for Government Accountability, told Watchdog.org.

“Finding the funding to pay for those overruns will mean fewer resources for education, public safety, and care for the most vulnerable,” Ingram said.