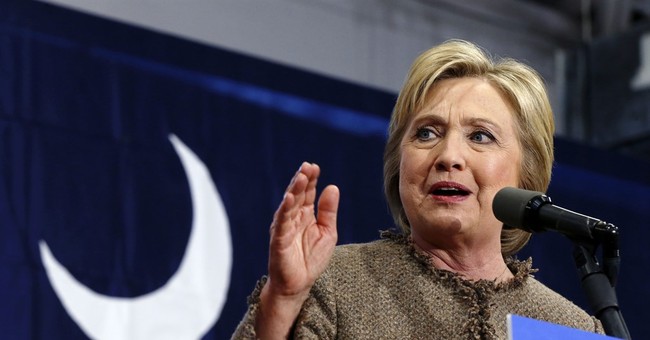 Hillary Clinton is expected to outright dominate South Carolina tonight. She has a 99 percent chance of winning the primary, where 53 pledged delegates are at stake. Don’t be shocked if she nabs the six superdelegates in this contest as well. As Justin wrote, turnout is expected to not exceed the 2008 primary, but could be larger than 2004. Nevertheless, Clinton is ahead by at least 20 points over her Democratic rival, Bernie Sanders, but she’s gearing to deliver a punishing loss (via Bloomberg):

She might have been able to ease up a little after getting actor Morgan Freeman to narrate campaign ads airing in the Palmetto State and winning the endorsement of Representative James Clyburn, one of the most influential black Democrats in the state.

Instead, she rolled out dozens of endorsements and appearances from black political, cultural and civil rights leaders. Clinton will campaign in South Carolina every day through the primary, rather than focus on the Super Tuesday states that vote three days later. She announced on Tuesday that she’s bringing in former

President Bill Clinton for “get out of the vote” rallies through primary day Saturday.

South Carolina Democrats’ rejection of Clinton in favor of Barack Obama in 2008 was a hard lesson for the Clintons about taking nothing for granted. But her efforts here seem more than that, an attempt to run up the score on Sanders whose campaign momentum already was slowed significantly by Clinton’s 5-point win in Nevada.

"Look, I believe every election or caucus has to be taken seriously," Clinton said in a televised town hall meeting Tuesday hosted by CNN. "I'm taking no vote, no place for granted."

At the same time, Sanders has built an impressive statewide organization here, with some endorsements from voices of the black community as well. The state chairman, Dick Harpootlian, a Sander supporter, says that no one is expecting the disheveled democratic socialist to come within single-digits of Clinton–and they should:

The Sanders campaign says it has 200 paid staffers working in the South Carolina, making it his biggest state operation so far. He's also spent about $1 million on ads there in the past 30 days, according to Kantar Media's CMAG, which tracks political ad spending.

Sanders has his share of bold-faced names in the African-American community backing him too, including actor Danny Glover, singer Harry Belafonte, and Ben Jealous, a former president of the NAACP. Director Spike Lee endorsed Sanders this week, too, saying, "Enough talk. Time for action."

Democratic Party chairman Dick Harpootlian, an avowed Clinton opponent who endorsed Sanders, made an assertion Monday that no poll has supported: that Sanders would surprise everyone and come within single digits in the primary. On Tuesday, Clinton spokesman Brian Fallon on Tuesday seized on that prediction, writing in a posting on Twitter: “The man knows his state.”

Let’s see what happens, but it’s pretty much a certainty that Clinton’s support with black Democrats in the state is virtually ironclad, and that her firewall will be explicitly shown tonight and on Super Tuesday.

We've Discovered the Real Reason the CDC Is Requiring All Kids Wear Masks in Schools
Townhall
'Someone got a phone call': Army general protects his account after losing Twitter battle to Hillsdale student
Twitchy
Inject This AOC Response to Kyrsten Sinema Straight Into My Veins
Redstate
Biden's COVID and Border Policies Collide With a Discovery at a Texas Whataburger
PJ Media