Poll: One In Four Democrats Have Biden As Their First Choice For President 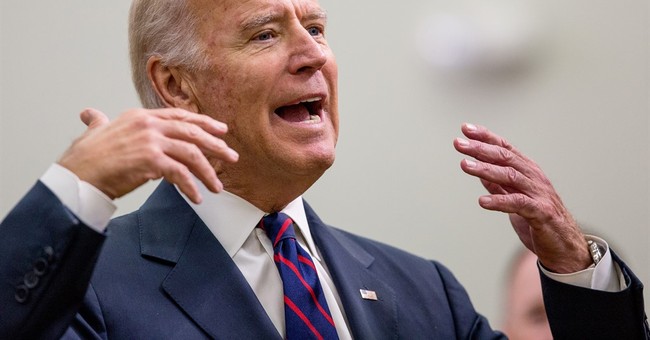 This week, Politico reported that Team Clinton is quietly urging the vice president not to run. The big guns haven’t been drawn yet, but the news publication noted that the mantra for the Clinton camp on Biden is “so sure, take your time, is the message people in and around the campaign seem to be sending—but if you end up at yes, you’re going to get hurt.”

The hints from the campaign come in heavy: Biden would be to Clinton’s right if he ran, more out of touch with the party’s progressive base. Surrogates have sounded off, questioning his chances and his political abilities, wondering if he’d be up to the job. Clinton even leapt in herself, bringing him up out of nowhere as she spoke to a woman in a diner last week in New Hampshire to knock him for how disappointing he’d been when they were working on the bankruptcy bill in the Senate. That was followed by her campaign chair John Podesta, sprinkling a little of his own shade in front of the pro-Clinton Priorities super PAC in New York—it’s already too late for Biden to mount a real challenge, and he’s not going to decide for a few more weeks on top of that.

They’ve stepped up the roll-out of their endorsements and organization. Their operation is just so massive and well put together, they want Biden and anyone considering supporting him to think, there’s just no space left for him.

Inside the Brooklyn headquarters, this has become a sensitive topic.

To Biden and the people he’s talking to most about running, this is proof, they think, of just how much of a scare they’ve put into Clinton. On top of what’s public, they say they think the spate of stories a few weeks ago digging into his record on bankruptcy and the Crime Bill came, if not straight from the headquarters in Brooklyn, from people just far enough removed to give them plausible deniability.

“This is not a surprise,” said one person familiar with Biden’s thinking. “I think it’s pretty clear that they’re concerned about it.”

The Hill  reported last week that Clinton used Biden to as a shield to explain her vote for a bankruptcy bill that liberals opposed in 2001, saying his support partially influenced her “aye” vote in the Senate. And, of course, Politico added that Team Clinton has no anti-Biden strategy formulated, nor have any of their past actions been utilized to dissuade the vice president from running. This was all planned in the beginning.

Then again, Clinton’s poll numbers have been torpedoed over her email fiasco. Now, we seem to be seeing a Biden surge, with one in four Democrats wanting him jump into the 2016 ring, according to a new Bloomberg  poll:

Clinton, once the prohibitive front-runner, is now the top choice of 33 percent of registered Democrats and those who lean Democrat, the poll shows. Biden places second with 25 percent and Vermont Senator Bernie Sanders is at 24 percent. The other three Democratic candidates combined are the top choice for less than 4 percent of that base.

The latest Bloomberg survey shows the vice president at par with Sanders in terms of Democratic support nationally. Adding to the good news for the vice president: His favorability ratings are on the rise. Since the last Bloomberg poll in April, Clinton's favorability ratings have dropped 10 points, from 48 percent to 38 percent. Biden's 49 percent favorable score represents a 3-point uptick. He was the only one of a dozen national political figures and entities whose approval rating improved over the summer.

Biden has also seen an eight-point spike in the latest Fox News poll as well, with Clinton’s standing dropping five points since last month. Biden also had solid matchup numbers against those in the top tier of the GOP field. Guy will have more on this later.

Overall, the fall of Clinton–and the surge of everyone else in the Democratic field–is bringing her majesty’s electability into question. That never used to be the case. She’s now trailing Ben Carson and Jeb Bush–and she’s running in a dead heat with Donald Trump. NBC’s Political Director Chuck Todd added that this is something that should get Clinton donors panicking, and he thinks they are panicking.

It’s no secret that Clinton is a bad campaigner, which partially explains her utterly disastrous handling of this email disaster. The FBI recently uncovered her personal emails from the server that she turned over to the Justice Department in August, though we don’t know how many. Regardless, bad campaigning skills, mixed with a scandal that reinforces everything the American public dislike about them–and she’s already polarizing–doesn’t make good ingredients for a smooth run for the White House. She’s lost a third of her support in Iowa since June, with Sanders taking a substantial lead in both Iowa and New Hampshire.

Clinton’s saving grace is that she has the money, support, and infrastructure to get out of this quicksand in the way Scott Walker could not. She also has one of the greatest assets on her side: Bill. As it’s been said ad nauseum, the primaries after New Hampshire should be more favorable to Clinton, as the share of the white vote in the Democratic primaries becomes less of a dominant factor. Nonwhite Democrats are Sanders’ Achilles heel, with most not knowing the self-described democratic socialist. Is Biden waiting to see if Hillary can stop the bleeding? It appears that way, but it’s entirely possible that her campaign could cauterize and rebound, especially if they unleash Slick Willy on the trail.