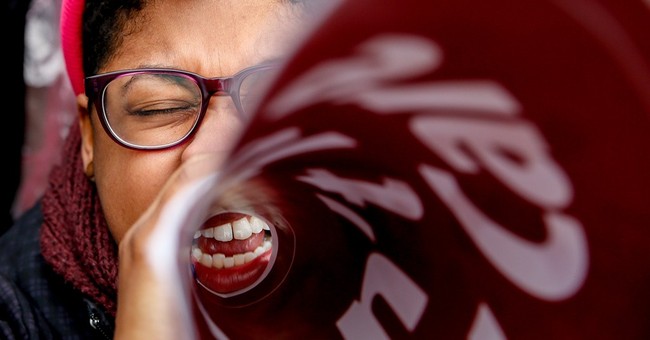 It’s a shocker, right? No, not really. Still, the coverage from the Big Three–CBS, NBC, and ABC, has been atrociously meager. Since July 14–when the first video from the Center for Medical Progress’ (CMP) undercover investigation was released–the networks had 243 hours and 30 minutes of morning and evening broadcasts. Of that number, only 1 minute and 13 seconds was devoted to the Planned Parenthood videos with the accompanying audio. Concerning any kind of coverage the CMP videos received from the Big Three, a total of 23 minutes and 32 seconds were devoted to the story from all three networks. CBS proved to be the network that gave the most time to the story, with 14 minutes and 59 seconds worth of general coverage. They only gave the audio/video a minute worth of airtime. Katie Yoder of the Media Research Center  crunched the numbers:

Yoder also mentioned that in September of 2012, the Big Three devoted 88 minutes over the course of three days after Mitt Romney made his infamous “47 percent” remarks. Donald Sterling, former owner of the Los Angeles Clippers, and his secretly recorded remarks garnered 146 minutes worth of airtime from the networks.

I guess the editorial boardrooms of ABC, NBC, and CBS still believe that possibly felonious human body parts sales are just the edited vignettes* of a rabid anti-abortion activist’s imagination. Or maybe they still think, like White House Press Secretary Josh Earnest, that Planned Parenthood has a “high ethical standard,” so this must be a hack job.  Earnest admitted that he didn't really watch the videos. Hillary Clinton's campaign said the former first lady hasn't watched either.

So, is this the same ole’ liberal media? Yeah, that’s probably the reason.  It also explains why so many Americans haven't heard about the CMP investigation.