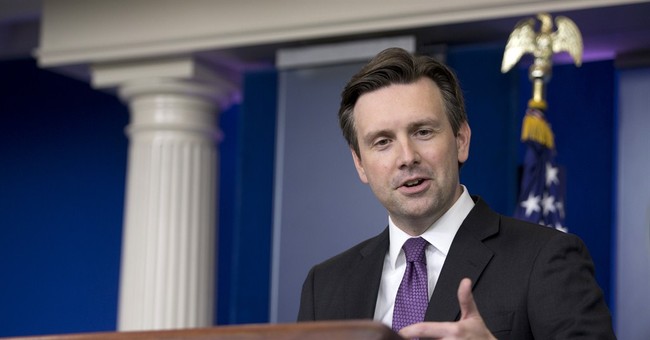 While the recent videos exposing Planned Parenthood’s barbaric practice of selling and negotiating the price of aborted babies’ body parts—and the organs of those born alive—has convinced some Democrats that enough is enough when it comes to taxpayer funding for the abortion giant, others are remaining steadfast in their support for the group. Unfortunately, the White House is among the loyal, it seems.

Speaking to reporters on Thursday, White House Press Secretary maintained that the undercover videos were highly edited and distorted. And when asked by a reporter where he is receiving his information, Earnest’s replied Planned Parenthood.

“Based on the public comments of Planned Parenthood, who has indicated that the views that are represented in the video are entirely inconsistent with that organization’s policies and with the high ethical standard that they live up to,” he said.

The reporter pushed back: “So would it be unfair to say that you’re simply taking your talking points from Planned Parenthood on these videos?”

Unfortunately, this type of blind support for the morally bankrupt organization means that even if Congress did pass legislation that would strip Planned Parenthood of its funding, President Obama would veto it.

"On balance, the president would not be supportive of any sort of congressional act like that," Earnest said. "Apparently, Republicans are just getting started in that effort and that is an effort we oppose."