Liberals Are Not Happy About Schumer's Defection On Iran Deal 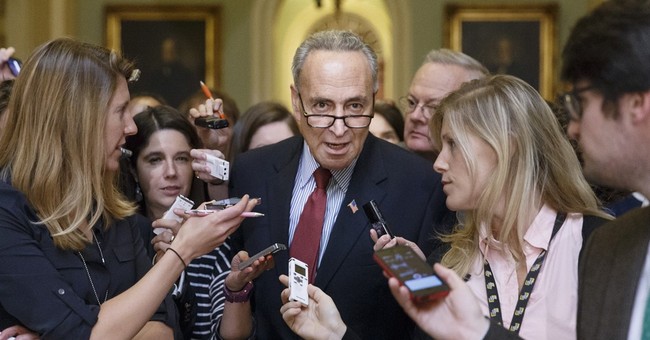 Literally, as the 2016 Republican candidates arrived on the debate stage on August 6, news broke that the presumptive successor to Sen. Harry Reid’s (D-NV) leadership position in the Senate–Sen. Chuck Schumer (D-NY)–would be voting against the nuclear deal with Iran. In a lengthy statement posted on Medium, the New York Democrat voiced his concerns over the weaknesses in the accountability measures of the deal and the political nature of the country, noting that it’s dubious that hope and change will come to Iran any time soon. He noted that such sentiments for moderation have been present for over three decades and the only thing that’s happened is that the hardline elements in the country have further tightened their grip on power.

In the House, fellow Democratic Rep. Steve Israel (D-NY), the highest-ranking Jewish Democrat in that chamber, voiced his opposition to the deal. Rep. Brad Sherman (D-CA) also announced last Friday he would vote against the deal, and urged that we renegotiate the terms once Obama leaves office. So far, the Democrats are divided, and Obama’s speech at American University on August 5 has predictably done nothing to assuage any fears his side of the aisle has on this agreement.

Nevertheless, Sen. Schumer is catching heat for his planned “no” vote, with far-left organizations, like Moveon.org and CREDO Action, saying he’s “unfit” to lead the Democrats in the Senate, and that they should find “a new leader” (via the Hill):

“Our country doesn’t need another Joe Lieberman in the Senate, and it certainly doesn’t need him as Democratic leader,” MoveOn political action executive director Ilya Sheyman said in a statement about Schumer, who is next to line to be the Senate’s top Democrat.

“No real Democratic leader does this,” he added. “If this is what counts as ‘leadership’ among Democrats in the Senate, Senate Democrats should be prepared to find a new leader or few followers.”

Yet, the question comes about the veto portion of this battle. It’s highly unlikely that Republicans will secure enough Democrat votes to override Obama’s veto of their resolution to reject the agreement after the August recess.

“It is less likely than not that Congress is going to override, said Rep. Sherman to the New York Times. “That happens almost never, and even less often on foreign policy,” he added.

According to CNN, Republicans in the House and Senate need to poach 44 and 13 Democrats respectively to secure enough votes to override a veto. Sen. Schumer plans to vote to override the veto.