Shakeup: MSNBC Axes Ronan Farrow and Joy Reid From The Line Up 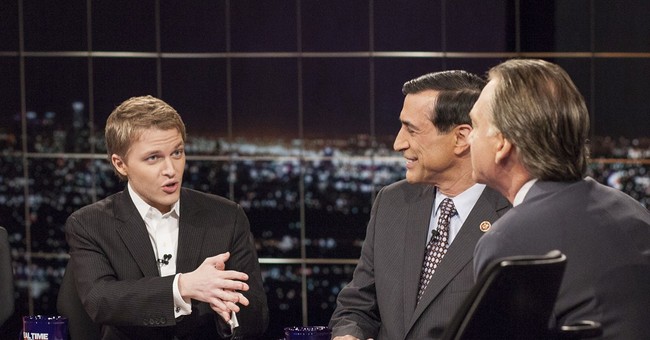 It’s official; Joy Reid and Ronan Farrow had their shows axed by MSNBC. Both Guy and Dan have reported that the network has been a disaster in the ratings for quite some time. Recently, it was reported that just 55,000 viewers from the coveted 25-54 year-old demographic were watching the liberal network. That’s a near-decade low for a news organization whose job–at times–seems to be keeping the blood pressure for the progressive base of the Democratic Party at healthy levels.

Neither Reid nor Farrow have been fired by the network. Reid will become MSNBC’s national correspondent, producing original reporting for on air and online programming. Farrow is expected to host a new series of primetime specials for MSNBC and will be featured as a special correspondent across the network’s schedule.

The change in daytime programming represents a conscious shift by the network away from more opinionated hosts and towards a more news-focused lineup. Following Morning Joe, José Díaz-Balart’s show will air for two hours starting at 9 a.m., followed by Tamron Hall at 11, Andrea Mitchell at 12 and then Roberts from 1-3 p.m. each day.

Joe Scarborough and Mika Brzezinski will fill in for Roberts on Way Too Early until a more permanent replacement is found.

The article also mentioned that Farrow’s show was getting slaughtered in the ratings by Fox, CNN, and even Al-Jazeera America.