A Hero Goes to the Hall of Fame 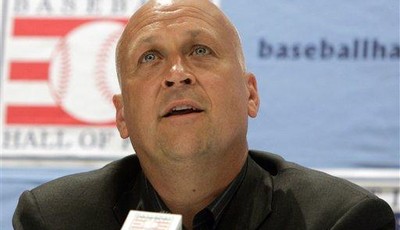 Growing up in Frederick, Maryland, I guess I was destined to be a Cal Ripken, Jr. fan. This is especially true when you consider that in 1983 -- the last year the Orioles won the World Series -- I was nine. (Nine has to be just about the perfect age to be a baseball fan, and to have your team go all the way).

Like Cal, I thought the O's would go on to win the big game every year. Instead, he and I suffered through some difficult years, including the 1988 season (when the O's went opened the season by going 0 and 22.

Of course, that didn't stop Cal from racking up some incredible numbers. And while everyone talks about breaking Lou Gehrig's streak, Ripken should also be remembered for changing the position of shortstop. It used to be that shortstops like former Oriole, Mark Belanger, for instance, were smaller guys who mainly earned their pay with their glove. Cal changed all of that -- and was still arguably the best defensive shortstop in history (with apologies to Ozzie Smith). Without Ripken, you wouldn't have a Derek Jeter at short.

As Cal goes into the Hall of fame, I can't help but feel that a page is also turning in my life. There is something both exciting and sad about the ball hero of your childhood going into the Hall of Fame.

Ripken is blessed to be going into the Hall with another good man, Tony Gwynn. Both Ripken and Gwynn played their entire career for one team. Come to think of it, three of the Orioles six Hall of Famers (Ripken, Palmer, and Brooks Robinson) spent their entire careers with one team. If loyalty and work ethic are among the values you cherish, Cal Ripken is a pretty good role model for a kid to have.

Simon and Garfunkel sang, "Where have you gone Joe DiMaggio." Now I know what they meant.