House Republicans Will Join Trump's Trip to the Southern Border 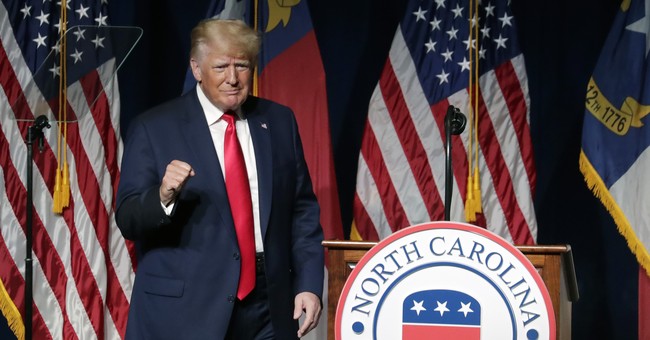 Members of the Republican Study Committee (RSC), the largest caucus of House GOP members, will accompany former president Donald Trump on his trip to the U.S.-Mexico border on June 30.

A spokesperson for Rep. Jim Banks (R-IN), the chairman of the committee, confirmed the news Wednesday to Politico. It’s no surprise that members of the GOP will accompany the former president on his trip, as border security has been an enduring hot-button issue leftover from the Trump administration.

“President Trump spent four years fixing the border. But the Biden administration broke it again, and we are now experiencing the worst border crisis in our history,” Banks said in a statement to Politico. “That’s why the RSC has made carrying on the Trump legacy on immigration our top priority this Congress and why we are heading to the border with President Trump to explain how we can end this national embarrassment.”

Trump’s visit comes weeks after Vice President Kamala Harris’ highly publicized trip to Mexico and Guatemala to address the border crisis. As we reported, Harris did not visit the border on said trip. But, after an unwavering amount of scrutiny from Republicans and Democrats and the announcement of Trump’s plans to pay a visit to the border, it was reported yesterday that Harris will finally visit.

Several members of the GOP, including Trump and Banks, have visited the border previously. South Carolina Gov. Henry McMaster recently ridiculed Harris for visiting his state rather than the border after her trip to Mexico and Guatemala. He too has visited the border.

Another member of the RSC, Tony Gonzales (R-TX), recently delivered the Republican Address regarding the immigration crisis at the southern border. His congressional district alone includes over 800 miles of the border, which amounts to 40 percent of its entirety. Gonzales recently took to Twitter to share his thoughts on Harris’ overdue visit to the border.

I’ve been urging the VP for months to come to my district to see the border crisis firsthand.

While it is unknown which members of the RSC will be in attendance, this will be the second time in recent months that some of its members have met with the former president. Members of the committee reportedly met with Trump at his golf club in Bedminster, New Jersey earlier this month to discuss reclaiming Republican power in the House and Senate.

However, we can expect to see Texas Gov. Greg Abbott in attendance, as he recently announced plans for his state to construct their own border wall to combat the immigration crisis.